From Bacolod to Denver, a story of survival | Global News
Close
menu
search

From Bacolod to Denver, a story of survival 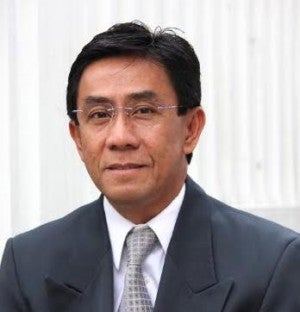 SAN FRANCISCO — “I am the twelfth among the 13 siblings. My father was a city government employee in Bacolod and my mother was a stay at home wife. The future was uncertain so we all struggled to survive,” James Lynley Agsam, 53, recalls.

The challenges were just too much for young Lynley that he started to look beyond Bacolod. Little did he know it would involve a continuous struggle for survival, including being stuck in a snowy mountain.

Upon finishing his degree in electronics engineering in 1984, Agsam worked in Doha, Qatar as a computer technician. He met his wife two years later. In 1993 the couple immigrated to Australia, where they became Australian citizens.

Despite the citizenship, Agsam did not see any improvement in his IT career aside from the huge amount needed to spend for the education of their six-year-old daughter. He set his sight on Silicon Valley in the United States as a fulfillment of his search for greener pastures.

Agsam arrived in the United States for a job interview in mid-2000. In January 2001, he got an H1-B working visa. Excited for a new life in the States, his family followed in March 2001 on H4 (dependent) visas. But their arrival was also an unforgettable day for the Agsam family.

On the day he was at the airport pick up his family, he received a pink slip; he was dismissed from work. Instead of a celebration, the family headed to Nevada to live with his cousin. Agsam went back to the Valley to look for another employer.

“They moved back to the Valley when I found a new employer to sponsor my visa. The H-1B visa has a lot of restrictions, and you are not allowed work just anywhere. My wife was not also allowed to work because she was on an H4 visa,” Agsam explains.

After three months, Agsam was able to find a new employer. He thought it would be for keeps, but the 9/11 attacks happened. He lost his job in November 26, 2001, a month before Christmas. With the market conditions got worse, a kid and a pregnant wife, Agsam was a desperate immigrant. To have a home for Christmas, he accepted the invitation of a friend in Denver, Colorado.

A few weeks before Christmas, Agsam and his family drove the 1,200 mile road from Silicon Valley to Denver in his Honda Civic. For three days they drove in the snowy mountains. Their car got stuck in the snow and no one was there to help them. He looked at his frightened daughter and wife.

As he was about to lose hope, out of nowhere, an old white man in a pick-up truck stopped and pulled Agsam’s small car out of the deep snow. He followed them until they reached a town were they rested for a day. Agsam says the experience haunts him to this day.

With persistence, Agsam found a project with a law firm, the former Rotherger Johnson & Lyon, thanks to the kindness of his original sponsor, who did not cancel his work visa. He worked for three months and was able to get their own apartment. With another baby, he was broke again. Agsam decided to sell his parcel of land in Melbourne, Australia. With the money, they made ends meet and moved in with his sister in Orlando, Florida.

“Looking for job was not difficult at all. Looking for an employer who’s willing to sponsor my work visa was the difficult part,” Agsam says.

Before moving to Orlando, Agsam’s wife was pregnant again with their third child. No job, no medical insurance and running out of cash, Agsam did odd jobs so they would not be a burden to his sister’s family. He thought he could never go back to IT because his skills were getting obsolete. Only his family gave him the strength to continue.

“I helped paint big mansions with an hourly income of just $10/hour, which paled in comparison with my rate as an IT professional. My son was born on October 2003. On December 22, I had only $24. I was considering eating my pride and going back to Australia,” Agsam says.

He gave it one last shot by calling the IT director of the law firm where he used to work. It was December 24, 2003.

“The IT director told me there was a project starting in January through March 2004. After the project, the firm offered me a permanent job, sponsored my working visa and transition to a green card,” Agsam cheerfully recalls. 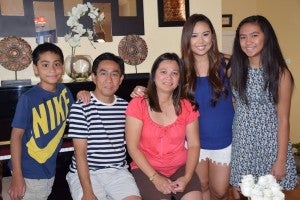 In May 2004, the family moved back permanently to Denver, Colorado. But due to a backlog in the Labor Department and a shortage of available green card visa numbers for the H1-B category, it took almost eight years for the family’s permanent residency to be approved. The Agsams’ two younger children are American citizens since both were born in the States.

“In my current job at Aurora Public Schools District, the 4th biggest District in Colorado, I lead a team composed of mostly white people and some of them are close to me. I get paid based on my skills and market value,” Agsam says.

“People of a different color might probably look at you differently because you are of different physically, but it doesn’t necessarily mean its discrimination. In the Philippines we do worse discrimination. If you are dark skinned, you will be called ‘negro,’ which is a very derogatory word but seems OK to say for most Filipinos,” explains Agsam.

With his struggles to realize the American Dream, Agsam is still thankful to the old white man in the mountains of Utah who freed them from the snow.

To his children, the Agsam couple has always imparted Filipino values of sacrifice for the family, respect to others and, most of all, eating the “smelliest” Filipino foods that always bring memories of Bacolod.