Duterte to US on scrapped arms deal: Is that all? | Global News
Close
menu
search

Duterte to US on scrapped arms deal: Is that all? 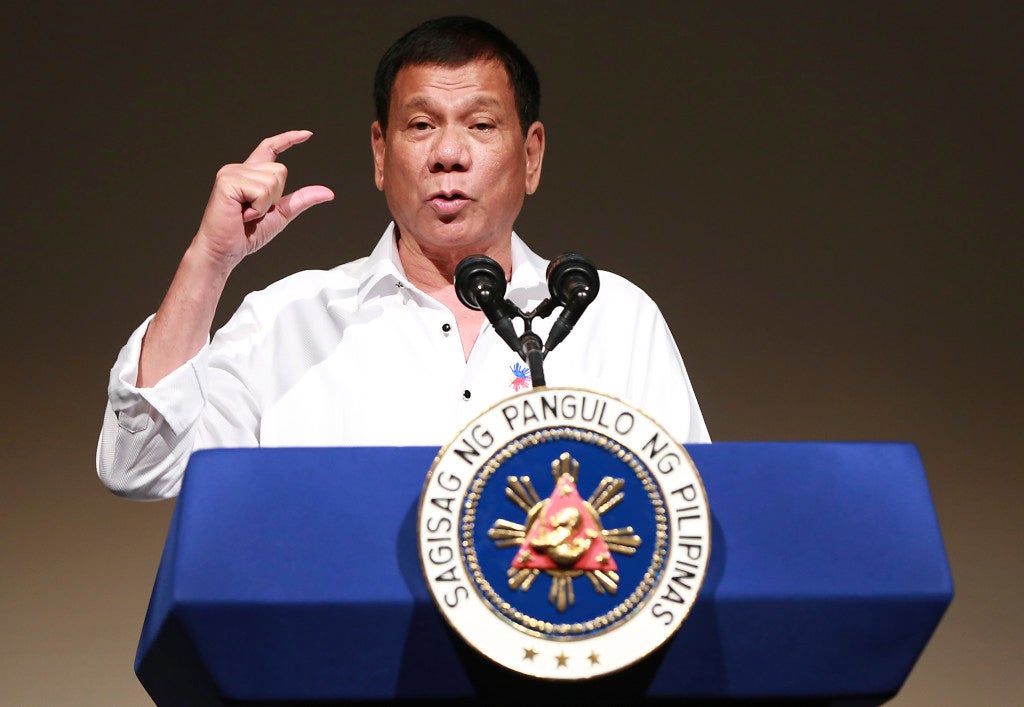 MANILA — President Duterte has belittled the decision of the US State Department to call off the sale of 26,000 assault rifles to the Philippine National Police, saying the Philippines could just turn to Russia
for firearms.

“Susmaryosep! Is that all?” the President told reporters after visiting the tombs of his parents in Davao City on Tuesday night.

“Is that all they can say to threaten me? That they will not sell firearms to us? We have many air rifles here,” he said in jest.

The US government opted to void the arms deal in the wake of Mr. Duterte’s acerbic remarks against America, and amid his vicious drug war which has claimed the lives of nearly 4,000 people.

American Sen. Ben Cardin, a top Democrat in foreign relations committee in the US Senate, had said he would block the transaction in the wake of alleged human rights abuses spawned by the Duterte administration’s campaign against illegal drugs

The President, who won on a single platform of curbing criminality, said his administration may seek out Russia’s help to arm the PNP personnel.

He said a Russian diplomat had previously told him to “come to Russia. We all have here anything you need.”

In a news briefing at Malacañang, Presidential Spokesperson Ernesto Abella reiterated that the President himself had already invited the United Nations to come to the country and look into the cases of extrajudicial killings.

“However, the invitation itself does not preclude a careful process on procedures to be agreed upon between the Philippine government and the UN,” Abella said.  SFM