Duterte on Ramos: He’s a graduate of West Point, I am just a local boy | Global News

Duterte on Ramos: He’s a graduate of West Point, I am just a local boy 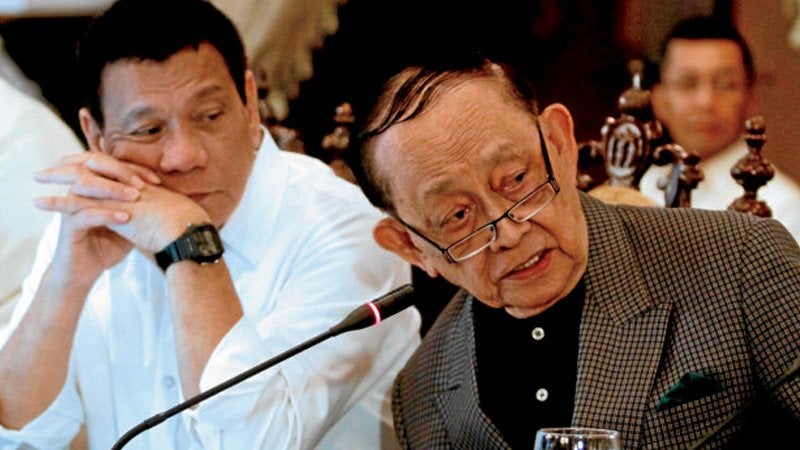 “He’s a product of western education, he’s graduate of West Point. Me? I am just a local boy,” he said in a televised interview near midnight held at the Duterte family mausoleum in Davao City Public and Roman Catholic cemetery. West Point is another name for the United States Military Academy, where Ramos is an alumnus.

The President said he received a copy of Ramos’ resignation letter as special envoy to China on Monday night.

He said he is thankful to Ramos for serving the country despite his age. Duterte said he will still follow Ramos’ advise.

Duterte went on explaining why he didn’t like the treatment of the United States towards his administration’s campaign against illegal drugs.

He reiterated the Philippines has long ceased to be a colony of the US. He compared the Philippines to a dog on leash, only given food if it follows orders from its master. “In our case, it’s in the form of aids,” he said.

Ramos on Monday resigned as the country’s Special Envoy to China.

Ramos even likened Obama’s rise to the presidency the same as Duterte’s fate.