San Francisco cops to do community work in PH instead 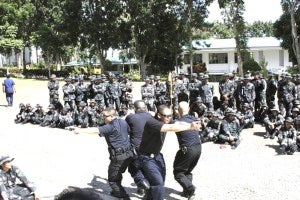 SAN FRANCISCO — A Filipino American police group that started the now ended training exchange program between the San Francisco Police Department (SFPD) and the Philippine National police (PNP) will continue their service to civilian communities in the Philippines although they can no longer represent SFPD.

In a phone interview with INQUIRER.net, Lt. Eric Quema (ret.), second vice president of the Filipino American Law Enforcement Officers association, said the group intends to keep going to the Philippines to help out communities as it has done usually at the start of each year, while hoping “everything gets settled, as everything gets affected by the controversy.”

SFPD recently ended its long-running exchange program with PNP over the Duterte administration’s controversial war on drugs, which has featured extrajudicial killings of suspected drug addicts and pushers, which has reportedly killed more than 4,000 people. 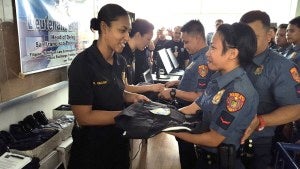 “We were already preparing for almost a year now we are about to go in January 2017 as part of our goal to bring to Manila the expertise we can share with PNP with no need for them to come over here. We can still go as private individuals but we cannot represent SFPD anymore,” Quema clarified.

So the visiting Fil-Am cops will just concentrate on community work with barangay tanods, elementary and high school kids “But we’re just not going to do anything related to police training. We will stay out of it,” Quema disclosed.

“We will never abandon the people just because people are fighting over the controversy. We won’t be happy with that. Everybody is going on their own time with no insignia and uniform this time. We’ve done it for 16 years, but this time nothing is official. It will be all community stuff and from the heart,” he added.

Quema admitted that many in FALEO are sad because they love going to the Philippines to train the PNP counterparts.

After a long sigh Quema intimated, “It is never easy for us to break the 16-year tradition of training our PNP counterparts. We’ve had a lot of strong ties. Lots of good things that we developed. Nothing bad ever happened with that program. It was always good kaya it was kind of disappointing to us. It is hard. But I told my people don’t feel bad. We will do something under FALEO as we do a lot of community stuff anyway.”

Their PNP counterparts were also sad, Quema said, after his group notified Camp Crame of the exchange program’s suspension. 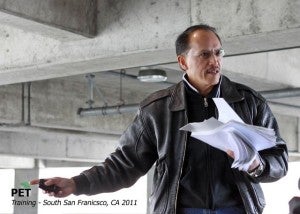 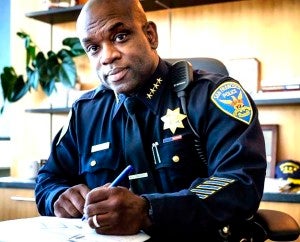 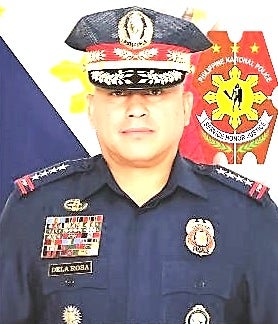 “They (SFPD) don’t want to be a part of the controversy and we understand that. The controversial question is should the SFPD still go there to the Philippines to train the police force that has questionable police tactics. So to stay out of the controversy, [Police Chief Toney Chaplin] did what other police chiefs would do—decide to halt the training until the controversy clears,” Quema disclosed.

Chaplin is reportedly one of 11 officers from original 60 applicants being considered to be the permanent SFPD chief and has the support of the San Francisco Police Association and Mayor Ed Lee.

Chaplin’s decision was also partly based on allegations of the United Nations that human rights violations are occurring. “But the interim SFPD chief, like any other chief of law enforcements in the U.S. feels that they should not be drawn into the controversy with the continuation of training the PNP,” Quema explained.

“There are a lot of good PNP people who are trying to do good. Come to think of it, the common police tactics and training have nothing to do with the drug war,” Quema added.

Interim SFPD chief Toney Chaplin at first mulled a total halt to the exchange program, but it was clarified later that it is a temporary suspension. SFPD Officer Robert Rueca told television news that the training program is not going to be reinstated until allegations have been cleared up: “We certainly do not want to infringe on people’s civil rights in this country and we wouldn’t want to promote that in any other place.” 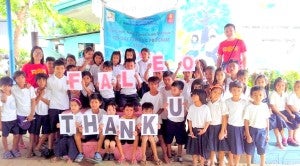 Grateful schoolchildren express their appreciation to FALEO in one of the latter’s community outreach programs in the Philippines. ERIC QUEMA

In an email, a PNP source said that PNP Director General Ronald de la Rosa said the suspension of the training would not greatly affect the Philippine National Police as “we have existing training designs that we continuously implement for the skills development and career advancement of our policemen.”

“We will of course miss our foreign counterparts. We have established a good bond over the years that we have collaborated. The last time they were here we had a good basketball match and had the traditional boodle fight dinner (rice and viand mixed and spread over banana leaves and we eat with our bare hands standing side by side),” de la Rosa said.