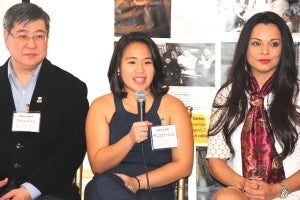 WASHINGTON, D.C. – Filipino American food’s past and future, its role in diplomacy, and restaurants in the US capital serving Filipino cuisine took center stage at a symposium held at the Philippine Embassy in commemoration of Filipino American History and Archives Month.

The Istorya-DC 2016 Symposium entitled “Philippine American Food Experiences in Washington, D.C. – Yesterday and Today,” was hosted by the Embassy at its Romulo Hall on October 27.

In a video-message, keynote speaker Amy Besa, a pioneer of gastro-diplomacy in the United States and co-owner of Purple Yam restaurants in Brooklyn, New York and Malate, Philippines, stressed the importance of knowing one’s own culture, history, environment and the ingredients that ultimately define a nation’s cuisine. 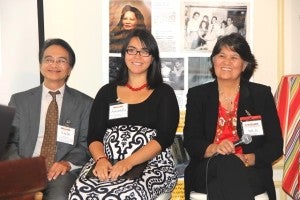 “We are all very unified by showing our love for food. Food is very unifying, and it is a gesture of love especially when Filipinos cook it,” Besa remarked.

“Cultural diplomacy or gastro-diplomacy has been a major thrust of the cultural and heritage promotion program of the Embassy this year,” said the Embassy’s Public Diplomacy Officer Darell Artates in welcoming the guests to the symposium.

“The two panels in this year’s Istorya-DC aim to take a look back and a ‘look forward’ on this journey, so that we may be able to gain higher appreciation of what has been achieved so far and what remains to be done in terms of introducing our food and appealing to the different palates in the US,” Artates added. 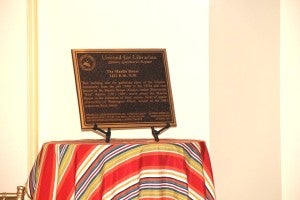 The plaque designating The Manila House as a Literary Landmark by the United for Libraries is unveiled at the Istorya-DC 2016 symposium. CONTRIBUTED

“When you talk about history and what makes our ingredients or our food taste the way it does, it’s who we are and where we’ve been and how we’ve grown,” Cleary said on the role played by history in Philippine cuisine.

“We take these dishes that we grew up eating to our supper club so that people can understand how we grew up and our personal history. Understanding our county’s roots and the history of the Philippines and Philippine cuisine is very important on how we create food moving forward,” Villavicencio added. 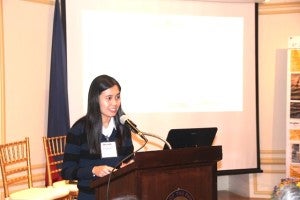 Public Diplomacy Officer, Darell Artates, welcomes the Istorya-DC 2016 symposium panelists and guests to the Romulo Hall of the Philippine Embassy on October 28.

The panel also sought to explain the increasing popularity of Philippine cuisine and why it is steadily evolving to be the “darling of diners” in the United States.

“The Filipino restaurants and Philippine cuisine have been here – California, New York, Chicago – except that they were not recognized by us, Filipinos. I think we, as a community, should start spreading them and be proud of our cuisine regardless of the region and who cooks it. It’s about time, and I’m proud to be a part of it,” Tagle said.

The second panel discussion focused on sharing DC food stories and was moderated by Gem Daus of the University of Maryland.

Nila Toribio-Straka of the Toribio family, recalled her childhood memories with her grandmother known as Manang, as she cooked and served Filipino food at the Manila House in the mid-20th century.

“Restaurants become recreated views of the home life transposed into the public market and adjusted to the American needs of time constraints and financial concerns,” analyst and playwright Amanda Tira Andrei O’Connor said, reading an excerpt of her 2010 thesis “Nanay’s Kusina or Carinderia? The Perceived Lack of Filipino Resturants in American Dining.”

“When they look for pansit, lumpia, sinigang, those are the flavors that [non-Filipino diners] are identifying as our food. So what we need to do as Filipinos is to make the best [versions] that we can,” said Luis Florendo, former owner of Sony’s Filipino restaurant, as he stressed the importance of having something definitive about a culture that will make a lasting impression on people’s minds. 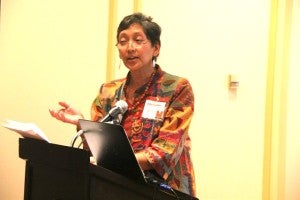 Rita M. Cacas shares the story of The Manila House at mid-century. CONTRIBUTED

Rita Cacas of the Rita M. Cacas Foundation, Inc. (RMCF), the main proponent of the Istorya-DC series, also recounted the story of the Manila House, a Filipino community gathering place located in Washington, D.C., where the Toribio family prepared Filipino home-cooked meals for bachelors and friends from the late 1930s to 1950s.

This year, the Manila House was recognized as a Literary Landmark by the United for Libraries. The designation was a culmination of the joint efforts made by the RMCF, Philippine Arts, Letters, and Media (PALM) Council, The Philippines on the Potomac (POPDC) Project and the Toribio family.

“The weight of this bronze plaque encompasses all of the souls that came to the Manila House more than 80 years ago,” said Cacas after she proudly unveiled the plaque at the symposium.

Istorya-DC is an annual, educational event to share the histories, stories, and research about DC area Filipino communities held every October. This year’s event was organized with the support of The Rita M. Cacas Foundation, US-Philippines Society, Philippines on the Potomac, Filipino Cultural Association of the University of Maryland, and the Philippine Embassy.