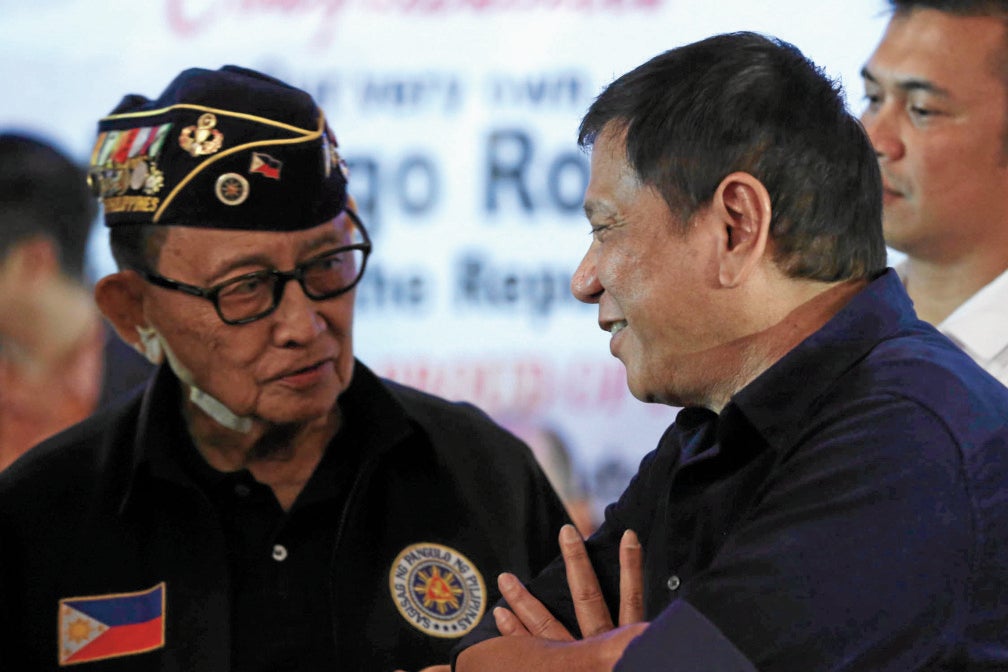 MANILA — Despite his stinging criticisms, former President Fidel V. Ramos “agreed in principle” with President Duterte in the latter’s controversial stance against the landmark Paris Agreement on Climate Change, Malacañang insisted on Monday.

Presidential Communications Secretary Martin Andanar said the Palace “appreciates” Ramos’ opinion and advice on the issue and that the Duterte administration would “be guided by (Ramos’) wisdom.”

“It is only in the approach or method the two leaders differ on the issue of climate change. Each has his own style and we have to learn to respect the difference,” Andanar said in a statement.

Ramos’ latest attacks against Mr. Duterte fuelled speculations that he had a falling out with the foul-mouthed former mayor of Davao City, whom he had supported in the May 9 presidential elections.

The President himself said Ramos had convinced him to seek the presidency and that he had helped raise campaign funds for his candidacy.

He also identified Ramos as the source of the so-called “narco-list,” which contained the names of former and current government officials with links to the illegal drug trade.

Interestingly, Mr. Duterte designated the former president as special envoy to China, but he was not part of the President’s official delegation during his recent visit to Beijing.

In his opinion column in another newspaper, Ramos called the President’s bullheadedness against the ratification of the Paris climate change pact as “obviously wrong and full of S…T!!!”

“(H)e is unwittingly shooting himself in the mouth, and also all of us, 101.5 million Filipinos,” Ramos said of Mr. Duterte.

“President Digong should forthwith approve the Paris Agreement and certify it for Senate ratification to promote our country’s interests and fight for climate justice,” he added. “Any further delay will increase Filipinos’ vulnerability to super-typhoons that are forecast to come soon.”

But Andanar said the former president himself said in the same column that Mr. Duterte “maybe is correct in saying that developed countries who are responsible for the majority of historical emissions should carry the larger burden of limiting emissions…”

Shortly after he was sworn in as Malacañang’s new occupant, Mr. Duterte made known his opposition to the climate change deal entered into by almost 200 countries which, he said, would only hinder the country’s economic growth.

“I will not honor that. That was not my signature. It’s not mine,” the President had said.  SFM