US, China will never go to war—Lorenzana 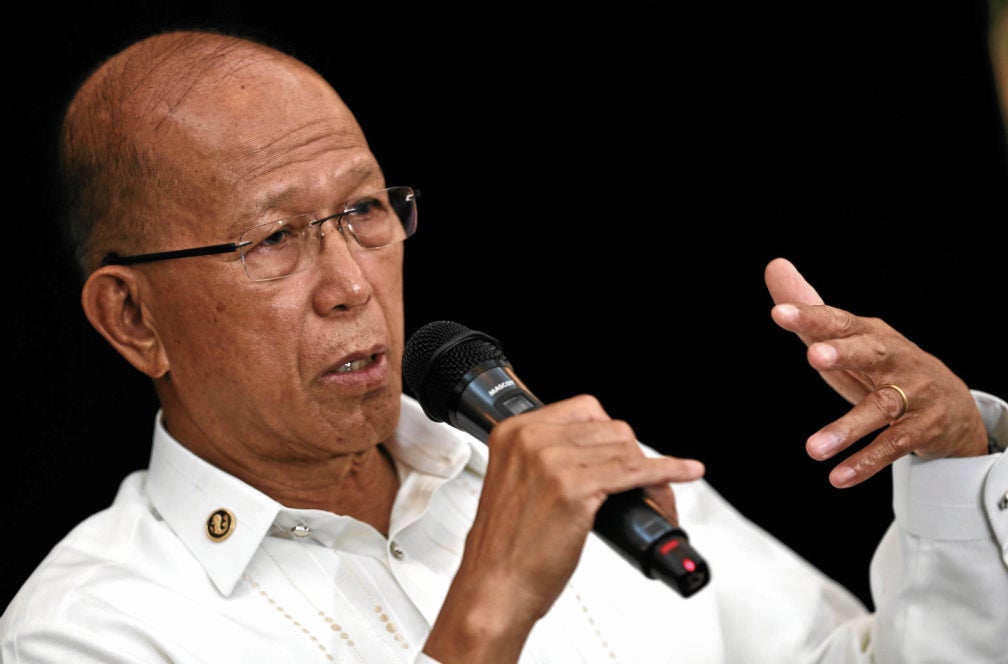 FORT DEL PILAR, BAGUIO CITY—Filipinos should not fear getting caught in the middle of a conflict between the United States and China, as President Duterte explores new Asian alliances, Defense Secretary Delfin Lorenzana said here on Saturday.

The dispute over the West Philippine Sea, notwithstanding, “the US and China will not go to war,” Lorenzana said, because both countries are more inclined to protect their economies which rely on good trade relations.

Such a conflict may result in the use of nuclear weapons which would be too devastating for both sides, he said on the sidelines of the recognition rites for new cadets of the Philippine Military Academy (PMA).

“The US and China know that…which is why both countries have been very careful not to make miscalculations,” he said, adding that “a conflict now is farfetched.”

Lorenzana led the recognition rites for 368 members of PMA “Masidlawin” Class of 2020 during the academy’s 118th Foundation Day celebration.

Addressing the new cadets, Lorenzana advised them to understand the changes taking place in the country today. He said people “must not be carried away by change for the sake of change,” although they must also “not keep to their ways that would stop them from changing with the times.”

He said the PMA, the military and the public must find the proper balance.

“The PMA must go hand-in-hand with the progress of society as it becomes more developed…as it discovers anew its place among the community of nations,” he said. “The academy must also keep pace with the times.”

He said the PMA has been shaped by history, from the creation of the Academia Militar during the Philippine Revolution on Oct. 29, 1898, to the academy that dealt with “the brutal episodes in our nation’s history” and the return of democracy in 1986.

A member of PMA Class of 1973, Lorenzana took part in the recognition rites which required underclassmen to bend as far back as they are able and hold that position until they are pulled up by upperclassmen to signify they now belong to the cadet corps.

Lorenzana pulled up Masidlawin cadets who were related to retired military officers.

Later in a news briefing, Lorenzana said the government needs to study what benefits the military would get from an alliance with China and other countries.

“The President did not instruct us to buy military equipment at once. He told us to study what we need,” he said.

Lorenzana assured the cadets they would graduate and hold military positions in a “well-armed, well-equipped military under the term of Mr. Duterte.”

He said Mr. Duterte was not “too stingy about his support for modernization.” “[To] the class of cadets who will graduate next year…you will have your new jets…you will have more ships,” he said.