More Filipino firms should do business in Iraq – PH Embassy 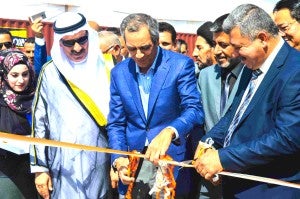 ICTSI’s Basra Gateway Terminal Project in Umm Qasr is Iraq’s largest and only deep-water port and the main gateway to the Iraqi market. 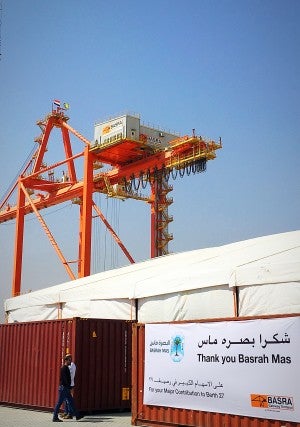 One of the leading companies in the Philippines, ICTSI recently inaugurated the $130-million Basra Gateway Terminal at the Port of Umm Qasr in Iraq. The project, the biggest direct foreign investment in Iraq’s port sector, is expected to spur economic growth as it expanded the capacity of Iraq’s only deep water port, which services 80 percent of the country’s imports. CONTRIBUTED

“We hope that more Filipino companies would take a second look at Iraq and consider investing in the country,” Cato said, citing possible opportunities in construction and the oil and gas sectors, particularly in Basra, the country’s commercial capital, and other southern provinces as well as in the Kurdistan Region.

During the inauguration, ICTSI Chairman and President Enrique K. Razon said that with the new berth and equipment, Umm Qasr port can now handle larger ships and ensure a more efficient trade gateway for the economic future of the region.

ICTSI poured $130 million to expand the capacity of the port, which handles 80 percent of the country’s imports, by constructing a new berth and container yard, building a multipurpose terminal complex and installing the first Post Panamax STS cranes in Iraq. In addition, the company provided employment and training to 240 Iraqis.

“This will require larger vessels that would in turn require larger and more advanced facilities, equipment and information technology capabilities,” Marsham said.

“This provides extra flexibility in the services and schedules of shipping lines and gives cargo importers more certainty and the ability to plan accordingly,” he added.