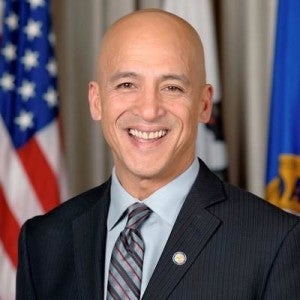 DALY CITY, California — With just two weeks to Election Day, the lone Filipino American candidate, who wants to become the first Asian American supervisor of San Mateo County is thankful for the support he’s getting and the lessons he has learned. He’s also running hard against a fellow member of the Daly City Council.

The fifth district comprises Daly City, Colma, Broadmoor and parts of Brisbane, San Bruno and South San Francisco. Daly City has a huge Fil-Am population, which has not elected a compatriot to the San Mateo County Board of Supervisors.

In an exclusive interview, longtime Daly City Council Member Mike Guingona, admitted that the past months of the campaign have taught him humility.

Ideas from the trail

“It never ceases to amaze me what I have learned from each voter, including forming policy and how to better deliver services. I have picked up a lot of ideas on the campaign trail,” Guingona admitted.

Guingona is from a family of prominent politicians in the Philippines that includes his uncle, former Vice President Teofisto Guingona Jr., and cousin, former Senator Teofisto “TG” Guingona III.

“The past months of campaigning have been marked by lots of precinct walking, canvassing of voters, phone banking and sign delivery 24/7. With days to the election, we are spending every day talking to voters,” Guingona said.

That’s besides attending fundraising events like the successful one held recently at Noelani’s Bar and Grill in San Carlos, California with the ever-supportive Philippine Bar Association of Northern California.

“I am also humbled by the enormous amount of support from Filipinos.  People have opened their homes to my campaign and come out to volunteer to deliver signs, walk precincts and drop off mailers.  They have also helped in fundraising events. I am overwhelmed with so much support,” shared Guingona.

It has been a challenge to try to maintain a balance between work and home life, he said.

“The last weeks of campaigning were a lot more intense, and our volunteers are devoted to help day and night as I also am working diligently,” Guingona stressed.

“I work every day to increase my chances of winning by not taking anything for granted and being meticulous in my preparation. I am always looking for ways to reach voters,” he added.

Guingona is campaigning on a platform of economic development, job creation, sustained public safety service, investment in city services for seniors and youth and affordable health care and rental housing.

“The more we can build stable communities, the more we can maintain our diversity and address future traffic and transit issues. I want to keep our residents here close to their jobs and increase and improve bicycle routes,” Guingona added. 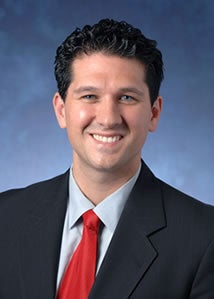 His opponent, Canepa, was leading in August survey done and released by Tulchin Research, showing Canepa increasing his share to 49 percent of the vote (from the 46 percent in the primary). Canepa acknowledged in an interview that “the poll was commissioned by our campaign.”

“I attribute this lead to us having the largest grassroots campaign San Mateo County has ever seen. We walked through the door, we go to different events, and that’s why we’re up by a lot because we work hard and we are going to continue to work hard despite the lead,” Canepa explained.

Guingona dismisses the poll results. ”A poll taken in the doldrums of summer following an election with four candidates has little meaning. Now that I have emerged as the consensus candidate, the General Election campaign will begin in earnest. https://mg.mail.yahoo.com/neo/Now the race is a head to head and not a four-way election.”

“We have just begun anew with a different electorate we are now contacting with the support of both of my former opponents and the incumbent county supervisor to name a few new supporters, Guingona claimed. “This is a new election. Councilman Canepa has been running for this office as a full time job for years.”