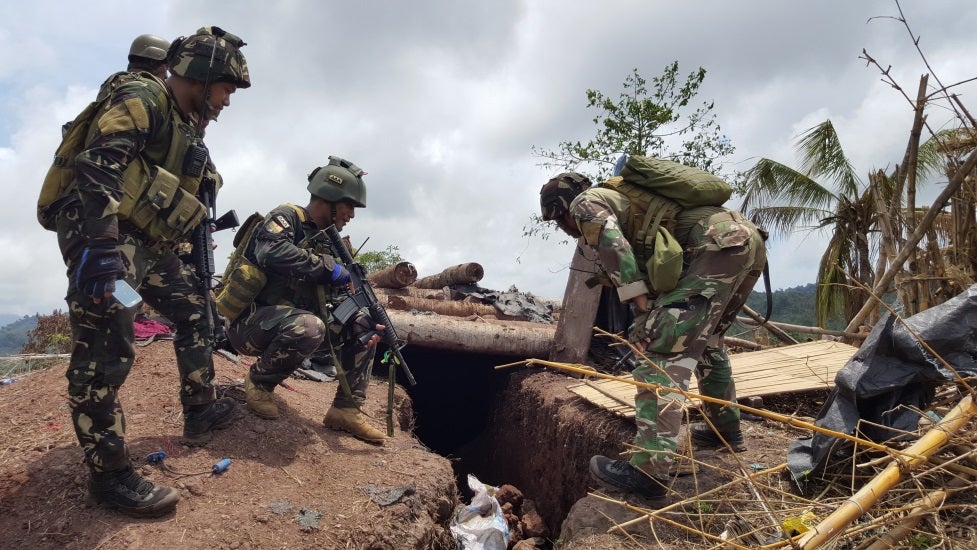 SUMISIP, Basilan – A Malaysian terror suspect had been arrested in Maluso town while about to flee the country via the so-called international backdoor, a military official said Wednesday.

“He was about to leave Basilan via the backdoor when arrested about two weeks ago,” Donato told the Philippine Daily Inquirer.

He said the Malaysian terror suspect had been turned over to the Armed Forces of the Philippines “higher headquarters.”

Donato said Sayoti’s arrest was brought about by “cooperation from civilians,” who also provided “evidence” linking him to the Abu Sayyaf.

“He was seen inside the camp of the Abu Sayyaf. He was seen joining the Abu Sayyaf in the encounters against the troops, and there were pictures of Sayoti holding and raising the shahada flag, holding firearms. In most likelihood, he was a foreign terrorist. During the arrest, we also recovered from him an improvised explosive device,” he said.

Donato said Sayoti was among several foreigners who had been fighting alongside the Abu Sayyaf.

He said when the 4th Special Forces Battalion occupied the four hills that the Abu Sayyaf had previously occupied in Tipo-tipo town a few weeks back, soldiers also recovered several Malaysian passports.

Gov. Mujiv Hataman of the Autonomous Region in Muslim Mindanao earlier said that aside from Malaysians, a Jamaican terrorist was also reported to be moving around Tipo-tipo and has been training and proselyting locals into the beliefs and practices of the Islamic State (ISIS).

Hataman urged the locals to make their villages hostile to foreign terrorists, saying their issues were different from thoaw of the Basilan people.

“If you (communities) take a strong stand against these extremists, these terrorists will not thrive here,” Hataman, a native of Basilan, said.

Maj. Filemon Tan Jr., the spokesperson of the military’s Western Mindanao Command, said the intelligence community has been working to identify and “do something” about the foreign terrorists reportedly roaming around Basilan.  SFM