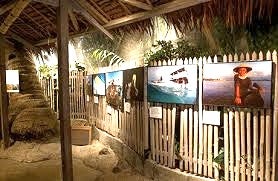 A replica of a fishing Village at Apo Island is part of the permanent Shedd Wild Reef Exhibit with authentic creatures and materials shipped from the Philippines. SHEDD

CHICAGO— A scientist warned that over-fishing, pollution and destruction of coral reefs are endangering the area with the most documented diverse marine life on earth, the ten-mile wide strait, Verde Island Passage, in the Philippines that lies at the heart of the Coral Triangle in the western Pacific Ocean.

The program also focused on the discovery of the “center of the center” of marine biodiversity, recent successes in marine conservation in the Verde Island Passage and the need for these efforts to continue.

Carpenter said the concentration of marine biodiversity in the Philippines amazed biologists and non-scientists alike. He said further that while this global wonder is at risk from numerous threats, conservation efforts in the Verde Island Passage (VIP) showcase the determination to preserve this natural heritage. 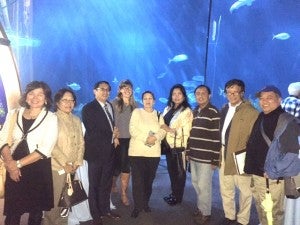 Robert Suntay, president of the SEA-VIP Institute, which tries to protect the marine biodiversity resources also showed his video-documentary of the Verde Island’s various sea creatures.