No letup in war on drugs during Duterte visit to China 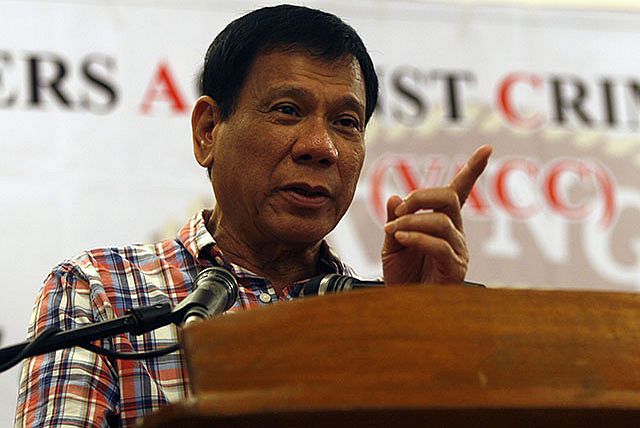 President Rodrigo Duterte is expected to visit drug rehabilitation centers and law enforcement agencies during his visit to China next week, a foreign affairs official said.

“As part of his official program, the President may visit some law enforcement and drug rehabilitation centers,” foreign affairs spokesperson Charles Jose told reporters in a Palace briefing.

He said Duterte wanted to see for himself how China was addressing its drug problem.

Duterte is scheduled to visit China from October 18 to 21. Jose said Duterte would hold bilateral meetings with Chinese President Xi Jinping on October 20.

“The President is scheduled to hold bilateral meetings with President Xi Jinping. He is also expected to meet separately with National People’s Congress Chairman Zhang Dejiang and Chinese Premier Li Keqiang,” he said.

Jose said Duterte and Xi were expected “to witness the signing of a number of memoranda of understanding and agreement on various fields of cooperation between the two countries.”

“A joint statement will likewise be issued which will stress areas of cooperation,” he added.

Jose added that the maritime dispute between the two countries would likely be discussed.

“The bilateral relations between the Philippines and China are very expansive. So we expect that all areas of interest will be…discussed including the South China Sea,” he said.

Pressed whether it would be the Philippines that would raise the maritime issue, he said: “I would imagine this will be taken up during the meeting of the President with President Xi Jinping.”

Jose said the Philippines hopes that Duterte’s visit would “strengthen the bilateral ties” between the two countries which have been strained by a maritime dispute.

“With this visit by President Duterte, the Philippines hopes to strengthen the bilateral ties between the Philippines and China through mutual respect and sincere cooperation for the prosperity and benefit of both countries and their peoples,” he said. IDL/rga