Getting around Metro Manila — exercise or adventure?

SAN MATEO, California — Have you ever seen one of those maze diagrams?  It’s where you try to navigate your pencil through a labyrinth on the most direct route to the other side.

Traffic in Metro Manila is so bad, that distance doesn’t mean a thing.  A five-mile trip that might take 10 minutes in San Francisco, could take you 30 minutes at 2 a.m. in Manila. The same trip could take you two hours any day after 2 p.m.  No kidding. 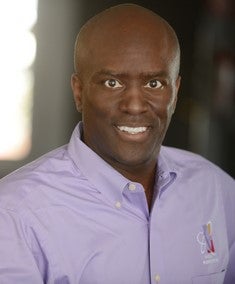 In Metro Manila, there is no straight route; no north-south and no east-west.  Forget navigating by street names.  It’s all about side streets and landmarks only the locals know.  Lane stripes and one-way signs are merely a suggestion. Bicycles, passenger vans, buses, jeepneys and motorcycles with sidecars (aka “tricycles”) all compete for equal access to the road.

Street vendors and other pedestrians weave in between vehicles at stoplights. Sometimes, they just march into the street with a bullfighters’ confidence in the face of danger.

As for me, in the daytime, I am a lot more ambitious about adventures.  It took me an hour of dodging traffic to get the hang of it on the way from the Metro Manila City of Mandaluyong to my acupuncture appointment in Pasig, the next city over.  However, after a relaxing two-hour acupuncture treatment, I was too blissful to reactivate my bullfighting spirit, and took the bus halfway back to my condo.

I stepped off the bus to stroll through the mall on my way home.  This would have been just fine if it was the same mall that I thought was close to the house.  Not quite. Turns out that the mall is so huge (not that the name “Mega-Mall” shouldn’t have been a clue), that when I stepped out on the other side, I “thought” I was on the street that was the direct route to home; all I needed to do was walk straight down this street.  What could possibly go wrong?  Well, that would turn out to be the entrance to the Manila Maze of Mandaluyong.  And I was in for a long journey through the back streets of the neighborhood.

The entire time, I was never more than half-mile away from my destination.  There were times I could even see the other buildings on my street from where I was. However, I spent the better part of three hours zigzagging up and down sidestreets, asking local traffic officials if I could get where I was going from their intersection.  Every other officer would start to give me directions: “…Walk this way sir, then after the ‘tunnel’ (which turned out to be merely a series of awnings over a sidewalk), make a left…and then…Sir, why don’t you just take a taxi?”  But not me. I was so close.  My excuse was that I “need some exercise.”

Besides, I could actually feel that I was very near my building, and I didn’t want to break a 1,000-pesos bill for a short, scary 10-peso ride of a few blocks.  So, after my last zigzag up a side street, I head up the next block, and through the garage underpass of the building across from mine, I saw my building.  I cut through the garage, dodged four lanes of cross-traffic, and I had a quick thought to be one of those people who lands on home soil and then kneels to kiss the ground.

Okay, so I had an “adventure.”  I don’t think I would have taken the risk to “discover” the neighborhood if the current President of the Philippines were not in power.  I could feel the effect of lawfulness in the air.  Everyone I spoke to was so nice and helpful.  I was willing to take the chance to “explore” because I am nearly 6 feet tall, 200 pounds and a martial artist with 14 years’ experience.

Although I was never afraid, or felt unsafe, I wouldn’t recommend this excursion for everyone. Among the crowded shanties, kids playing basketball and courteous, hard-working people, there were stray cats, stray dogs and a well-fed rat running across the street on this journey.  Some people I passed watched me walk by as though I had a spacesuit on.  Others didn’t seem to notice me at all.

One thing is certain:  I did get my exercise.

My advice for getting around in Metro Manila:  Forget asking for directions. Take a taxi, tricycle, or jeepney.  Carry small bills for fares.  And trust that your driver will end up at your desired destination, regardless of how bad the traffic is.

Aaron Parnell is a health and wellness writer based in the San Francisco Bay Area.  Owner of The Vitality Center of San Mateo, California, Parnell was in town to attend Beauty & Wellness Show at SMX Convention Center, Manila.  Send comments to [email protected]