Amid Duterte riff, PAF gets C-130 cargo plane from US 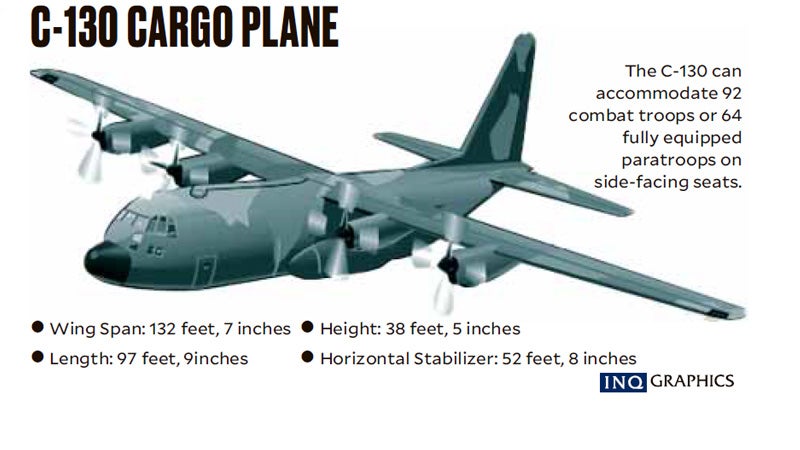 The aircraft arrived in the middle of President Duterte’s harangue against the United States for past slights and his avowed move to position the Philippines closer to China and Russia — historical foes of the US.

“Major Mukay is the first female pilot to be certified as a pilot in command of a C-130 aircraft,” Francisco told reporters.

The newest C-130 and another one that arrived in April—valued at around $61 million—were originally configured as airborne tankers, according to the Air Force official.

The PAF’s air assets for logistics and lift missions are now composed of the five C-130s, as well as three Airbus Military C-295 medium aircraft and three Fokker F-27 transports.

The US defense department’s Defense Security Cooperation Agency is responsible for administering the EDA program.

Under authorities established in the US Foreign Assistance Act of 1961 and the Arms Export Control Act, defense articles declared as excess by the US military departments may be offered to foreign governments or international organizations in support of US national security and foreign policy objectives as well as in the armed forces modernization efforts of US allies.