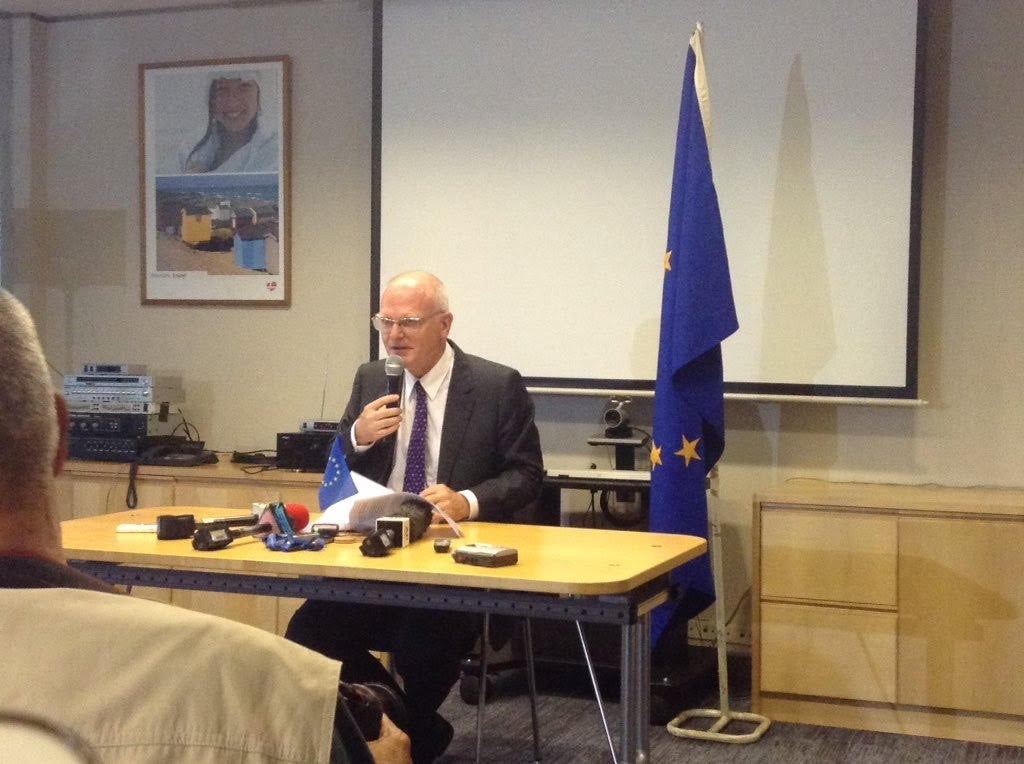 European Union ambassador to the Philippines Franz Jessen said moving the peace process with leftist rebels has been an important breakthrough of President Duterte in his first 100 days.

Jessen, however, noted a lot of changes in terms of “new language” and many interpretations of statements.

President Duterte had been thrown into fits of cussing and swearing at the EU as well as United Nations and US President Obama for their criticisms on summary killings of drug addicts that have reached more than 3,000.

“One hundred days passed very fast, lots of changes, new policies, new language, and many interpretations of statements and developments,” said ambassador Jessen in his open letter posted on the Facebook website of EU in the Philippines.

In his assessment of Duterte’s first 100 days, Jessen said “the ongoing peace process remains an area where President Duterte may have an early and very important breakthrough.”

This week, he said talks between the Philippine government and rebels continue in Norway. “We all hope that an agreement will soon be reached between the different parties, so that needed peace and stability in Mindanao can be used as a basis for further developments in Mindanao and the Philippines.”

He said the EU-Philippines strong cooperation continues with the successful hosting of the first EU-Philippines Business Summit that gathered 300 businessmen.

Jessen said European businessmen remain keen on investing in the Philippines particularly in the area of energy.

Times have been rough for the EU and other multilateral organizations taking harsh blows from President’s cursing, but Jessen said part of his task “ is to understand changes, new ideas and views” of the Philippines as host country.

The EU envoy also enjoyed engaging Filipinos on the ground and narrated his first time eating “balut” and learning Tagalog.

Read Next
PH tells US no joint patrols in South China Sea
EDITORS' PICK
House energy committee chair Arroyo bats for cheap electricity
vivo’s coming to town to grant wishes with more holiday promos
Pagasa: Warm, sunny Sunday in most parts of PH
EDITORIAL: To a bike-friendly future
The Best Tech Gifts For The 2022 Holidays
Is it safe to talk politics again at family gatherings? ‘The Reconciliation Dinner’ shows us what that’s like
MOST READ
LOOK: Vhong Navarro transferred to BJMP detention facility in Taguig
The Elephant Man in the Senate
Posh village as ‘shabu’ haven
LOOK: Zanjoe Marudo bonds with Ria Atayde, her family
Don't miss out on the latest news and information.