Duterte to US, EU, UN: We won’t beg for your assistance | Global News

Duterte to US, EU, UN: We won’t beg for your assistance 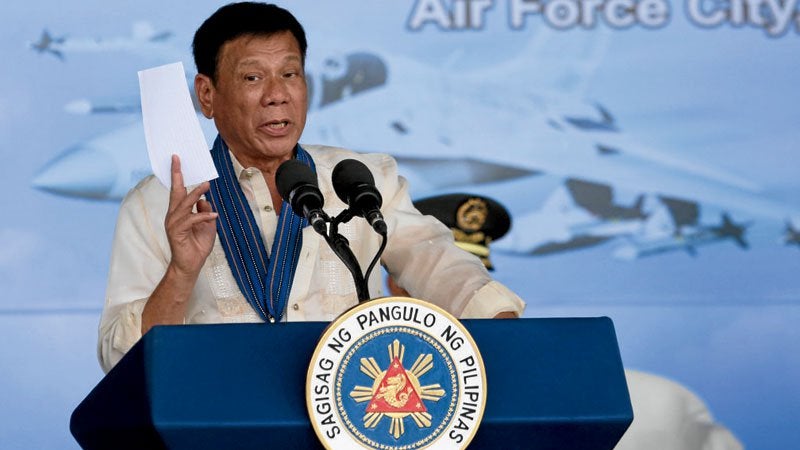 Go ahead. Withdraw your assistance.

President Rodrigo Duterte on Thursday dared the United States, the European Union and the United Nations to withdraw their aid to the Philippines for criticizing his war on illegal drugs.

The President said he won’t be cowed by possible withdrawal of foreign aid, who believed that his administration’s war on drugs was tainted with extra-judicial killings.

If that happens, Duterte said he would be the first one to die of hunger.

The Chief Executive said international human rights groups and other countries don’t understand the drug problem in the Philippines.

“You will never understand the pain that we are suffering. Go away bring your money to somewhere else. We will survive as a nation. There will always be a day for reckoning. Di lahat ng panahon inyo e,” he said.

“You know, mamili kayo the crumbs of the favor ng ibang nasyon aasa tayo sa assistance nila or we make a stand that this country has to survive that this country must see to it that the next generation is protected?” he said. TVJ