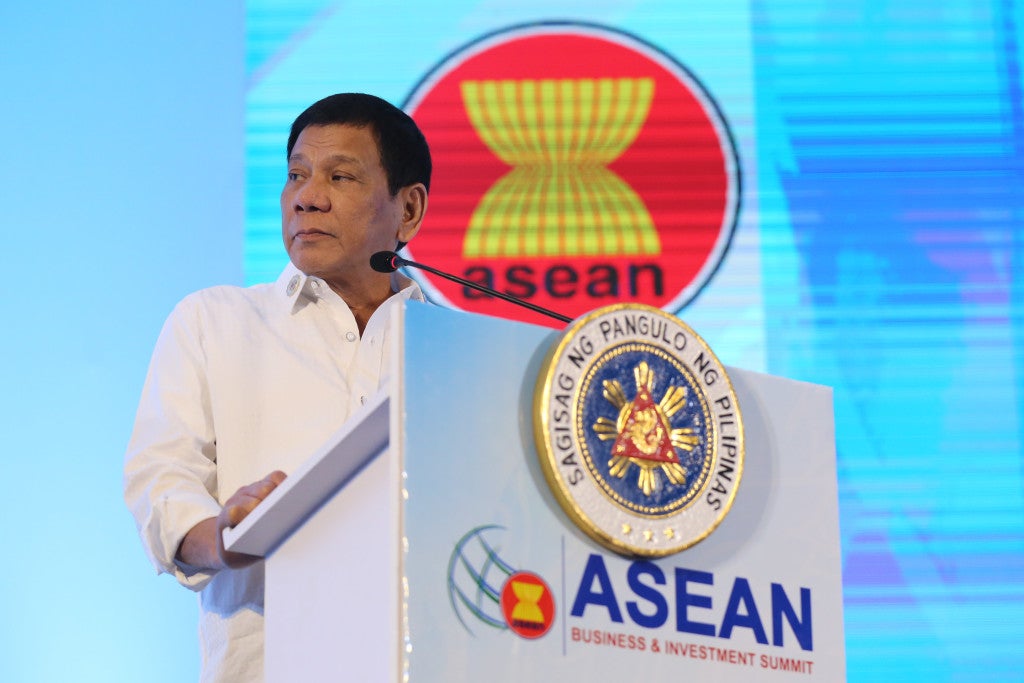 BUTUAN CITY – Don’t sacrifice the country’s dignity and future for crumbs of foreign aid and grants.

President Duterte delivered this message on Thursday, to local officials, including Vice President Leni Robredo, who were worried the Philippines would lose foreign aid from the United States and European Union for his constant cursing of them over their meddling in Philippine internal affairs.

Earlier in the day, Robredo was quoted as saying she was praying Philippines would not lose foreign grants and aid from the US and EU after the President’s cursing at US President Barack Obama and the EU as a whole.

He said he would rather see the United States and the European Union bring their assistance elsewhere instead of intervening with the Philippine government’s war on drugs.

“If you think it is high time for you guys to withdraw your assistance, go ahead,” the President said in his speech for police forces of the Caraga Region on Thursday afternoon.

“We will not beg for it. We have a problem here trying to preserve our society,” he said.

“How do you look at us? Mendicants?” he asked.

The President said he would “be the first to go hungry. I will be the first one to die of hunger.”

“Go away, bring your money somewhere else. We will survive as a nation,” the President said.

“But we will never compromise our dignity as Filipinos,” he said.  SFM