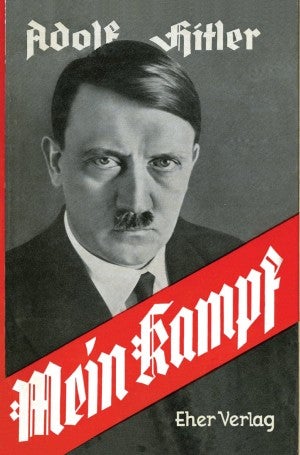 My heart goes out to all our Jewish brethren and all men and women of goodwill, who felt offended by President Duterte’s comparison of drug users and dealers (junkies) to Holocaust victims.

I begin by saying that Adolf Hitler became Europe’s mad scientist whose Frankenstein monster was Nazism and the first victims were the Jews. It was a cruel time when Hitler played God without divine permission, like President Duterte who is considered by many to be playing God by deciding who dies and and who lives.

The Nazi regime became Germany’s unstoppable monster, animated by Adolf Hitler’s ideology of Aryan supremacy, a racial theory that told the world: “All Jews were untermenschen (subhuman).” It was the basis for the murder of Jews, defective children in the womb, the comatose, inutile grandparents in the home of the aged, prisoners in the death row, etc.

Maybe, just maybe, this sort of subconscious philosophy was in the President’s mind when he said that junkies were not humans.

In Nazi Germany, it all began in 1935 when the Nuremberg Laws defined Jews by race and mandated the total separation of “Aryans from non-Aryans,” the social segregation of Germans and Austrians from the Jews.

World War II then came rumbling. It marked the beginning of genocide in many parts of Europe. And in order to justify the mass murder of the Jews, the Nazis used both logical arguments and stereotypes. Jews “are disloyal citizens and a danger to internal security,” Nazis perpetually announced in public address systems.

Evil genius Hitler gave birth to Nazism and Nazism gave birth to the xenophobic “voelkisch (people’s) movement.” Almost similar to Duterte’s mass support, the movement was made up of German scholars, thinkers and artists who viewed the Jewish spirit as alien to Germandom. I quote the Führer in his own words (from his book Mein Kampf):

“In voelkisch principle we cannot admit that one race is equal to another. By recognizing that they are different, the voelkisch concept separates mankind into races of superior and inferior quality. The constructive principle of Aryan humanity is thus displaced by the destructive principle of the Jews. They become the ‘ferment of decomposition’ among nations and races and, in a broad sense, the wreckers of human civilization.”

Inflated version of himself

The Nazi party, the Frankenstein monster created by Adolf Hitler in 1919, gave political expression to the theory of the Aryan race. Millions and millions among the youth were thrilled to acquire Hitler’s 1925 published book entitled Mein Kampf (My Struggle), which announced his intention of removing the Jews by all and every means from Germany’s political, intellectual, and cultural life. Hitler was popular and those who read him did not comprehend the horrific aftermath.

Adolf Hitler, the leader of the Nazi Party (NSDAP), Chancellor of Germany from 1933 to 1945, and the Führer (leader) of the German Empire, increasingly became an inflated version of himself, insulted the Jews, called them dogs, little mice, house flies, or by the names of all insignificant creatures found in the filthy sewerage – quite consistent with his own hypothesis of untermenschen. Worst of all, Hitler linked the notion of the Jewish race with bacteria and that they should be dealt with in exactly the same way.

Kill them! Kill them all! As early as 1920, he was already calling for the removal of the “causal agent, the Jew,” the origin of “racial tuberculosis.” It was the height of racial discrimination. Announcing his intention to poison the “poisoners,” the Führer suggested:

“If at the beginning of the War and during the War twelve or fifteen thousand of these Hebrew corrupters of the people had been held under poison gas, as what happened to hundreds of thousands of our very best German workers in the field, the sacrifice of millions at the front would not have been in vain.”

From orthodoxy, on the level of the Nazi doctrinal theory, Hitler masterfully moved onto orthopraxis. The Nazi orthodoxy was the ideology of the Aryan race and the Nazi orthopraxis was the Shoah or the Jewish Holocaust. A dictator with bottomless powers, Hitler involved every able arm of Germany’s bureaucracy in the logistics that decimated the entire Jewish people in Europe, thus turning the Third Reich into “a genocidal state.”

Shoah was so systematic and strategic that in order to carry out “the extermination of all vermin” and bacteria in the German society, the Interior Ministry forced all parish church registries to supply birth records showing who were Jewish and who were not (Jewish list similar to Duterte’s drug list?), as it compelled the Post Office to deliver the de-naturalization and deportation orders.

And worst of all, Nazism used over 200,000 personnel as Holocaust perpetrators, acting as gas chamber facilitators, scientists and laboratory technicians. So strategic and systematic it was that the persecution, experimentation, and genocide were carried out in stages, culminating in the die Endlösung der Judenfrage, the “final solution to the Jewish Question.” Hitler’s “genius” program was nothing short of a highly centralized and masterful stroke to exterminate all Jews from the face of Europe.

Is there a comparative basis when Duterte said he’d be happy to slaughter three million junkies? The reader is requested to judge for herself?

The author is a writer, educator, management consultant, and motivational speaker, author of The Beginning and the End: A Theology of the Human Person and a dozen other books.