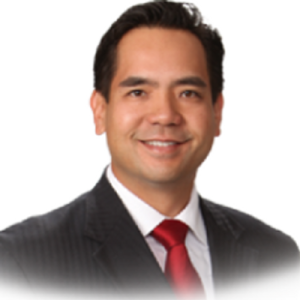 LOS ANGELES –As the November election approaches, the campaign of Republican presidential nominee Donald Trump formally announced its Asian Pacific American (APA) Advisory Committee in an effort to reach out to the fast-growing Asian American and Pacific Islander (AAPI) electorate. Five of the committee members are Filipino Americans.

The formation of the committee was first introduced during an APA National Forum on the sidelines of the Republican National Convention last July, the Asian Journal previously reported.

“The committee members will support and strengthen ties to each community and provide recommendations on how best to ensure AAPI voices are heard and included in the campaign,” said a release by the Trump campaign on Sunday, Sept. 25, a day ahead of the first presidential debate against Democratic nominee Hillary Clinton.

Falconi said in a statement that the committee brings “vibrancy to [Trump’s] campaign.” “His ability to connect with everyday Americans is a testament of his character, and what he wants to do to bring America forward from the past 8 years,” Falconi said.

Reyes, who is Filipino on his father’s side, spoke on behalf of the Trump campaign during the Presidential Election Forum hosted by Asian and Pacific Islander American Vote (APIAVote) and the Asian American Journalists Association (AAJA) in August.

He highlighted the real estate billionaire’s views on issues like business regulations and immigration and even clarified the controversial Philippines as a “terrorist nation” remarks.

“I think Filipinos need to educate themselves that Donald Trump can truly make America great again,” Reyes told the Asian Journal at the party’s convention in July.

Noting how the AAPI vote is crucial and could swing races, the Republican National Committee (RNC) has been courting the population, most notably with the launch of the Republican Leadership Initiative (RLI) in 2015 to train AAPI millennials to engage their communities on a grassroots level.

“The diversity of Mr. Trump’s AAPI advisory council represents his commitment to the interests of our entire AAPI community,” Fil-Am Ninio Fetalvo, a spokesman for the RNC, told the Asian Journal in an email. “Coupled with the RNC’s historic ground game efforts that have had a presence in AAPI communities across the country for the past three years, we are confident that Asian Americans will turn out for Mr. Trump and the Republican Party ticket on Election Day.”

He added that the strength of the RNC’s outreach showed when AAPIs leaned more to the right during the 2014 midterm elections.

Additional members of the committee will be added in the future, the Trump campaign said.

The Clinton campaign shrugged off Trump’s attempt to convince AAPI voters to vote for him, noting that it has been engaging with the population since the former secretary of state launched her presidential bid. Earlier this year, her campaign released an AAPI fact sheet that outlined her plans to address various matters, ranging from reducing the visa backlog for Filipinos and fighting for comprehensive immigration reform.

“Donald Trump’s last-ditch effort to gain the AAPI vote by launching an Asian Pacific American Advisory Council with less than 50 days before the election is too little, too late. Hillary Clinton has had a career-long record of fighting for the best interests of the AAPI community, and has shown her commitment since the start of her campaign. Hillary Clinton has specifically laid out a comprehensive plan to tackle the issues that AAPIs care about. This November, we are confident that the AAPI vote will reflect the community’s overwhelming support for her,” Jason Tengco, AAPI outreach director of Clinton’s campaign, told the Asian Journal in an email.