Duterte tells US, other critics to stop the hypocrisy | Global News

Duterte tells US, other critics to stop the hypocrisy 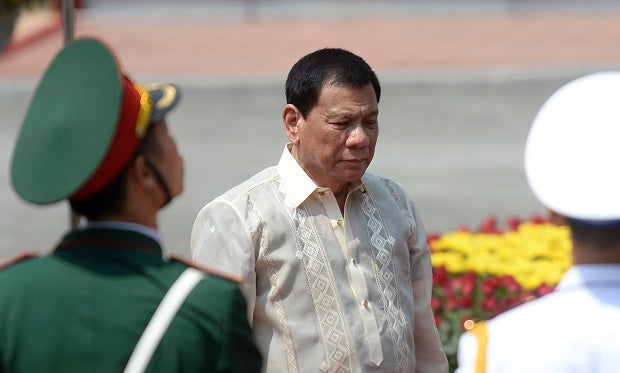 DAVAO CITY – President Rodrigo Duterte said the United States must stop its criticism of him, particularly in connection with the extrajudicial killings tied to his war on drugs, by saying it should “not pretend to be the moral conscience of the world.”

“Do not be the policeman because you do not have the eligibility to do that in my country,” he said.

Earlier, US Senator Benjamin Cardin of Maryland said in a dialogue with Senator Patrick Leahy of Vermont, that “in advocating and endorsing what amounts to mass murder,” Duterte has taken the wrong way in dealing with the illegal drugs problem.

“Senator Leahy is absolutely right when he said that a lack of respect for rule of law and democratic governance breeds instability, distrust, and sometimes violence,” Cardin said.

But Duterte said the US was being hypocrite and urged it to “stop it.”

“Why are you shooting the black people there when they are on the ground? he asked.

He also said the US and it’s allies, such as Britain, also violated the human rights of other countries, such as when they invaded Iraq “on the flimsy excuse that there was a weapon of mass destruction there.”

“They’re only good at criticizing,” he said, calling them pea-brained.

Duterte said the criticisms have been going on for years now.

“In all these years not a single case has been filed against me. It’s only talk up to now,” he said, adding that the criticisms dated back to his time as mayor here.

Duterte also went on to say that his critics are “peabrained, idiots” by criticizing him for threatening criminals.

Duterte also admitted he was now piqued by the criticisms that he was even “portrayed to be some cousin of Hitler.”

“But they did not even bother to investigate. Things like this. Look, US, (European Union) you can call me anything but I am never into hypocrisy like you,” he said.

As for the EU, Duterte said it allowed migrants escaping from the Middle East to rot at sea in the middle of winter.