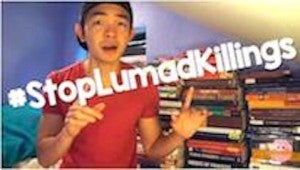 SAN FRANCISCO — Calling himself a vlogger, or someone who keeps a video blog, Los-Angeles-based Kirby Araullo, 27, a marketing communications and creative media specialist at Explorit Science Center in Davis, California, explores Philippine history, culture, current events, and even the Martial Law period.

His interest with Philippine cultures was piqued as a young boy growing up in political family in Angeles, Pampanga.
“I talk about these because we don’t really learn enough about our own roots. Regardless whether we are in the Philippines or here in the United States. Rarely do we actually learn about our own people and our histories,” Araullo explains.

Araullo was still a baby when his mother’s immigrant visa to the United States was approved. Left to the care of his father and maternal grandmother in Angeles City, Pampanga, he grew up speaking Tagalog and Kapampangan. He arrived in the United States in 2004, eventually becoming a US citizen.

As an immigrant, Araullo has encountered discrimination, but he calls it as micro-aggression. Micro-aggressions are subtle instances of racism and discrimination. He recalls being followed by sales staff when shopping. When he was a teen, a white cash register lady yelled at him with the entire store watching.

“The cash register lady accused me of using—‘stealing’– too many paper bags and even yelled at my mom too. It was one of those stores where you bag your own groceries with the bags they provide. I was just taking my time organizing the groceries into the bags. My mom called the store manager to complain,” he said.

As a skinny person, Araullo is perceived as weak and submissive, which has led to instances of harassment by strangers and former landlords, even friends. He also experiences a lot of “mistaken discrimination” because many think he is “some other type of Asian.”

As a student at University of California Davis, Araullo was a volunteer with the recruitment and retention of youth from marginalized and underrepresented communities like American Indians, Chicanos and Latinos in higher education. They conducted community-specific youth empowerment programs such as annual conferences, workshop/lecture series, retreats and exposure trips. Some of these programs have been institutionalized as recurring events, like SAFE (Southeast Asians Furthering Education)

Kirby explained the “disadvantages and advantages” of being Filipino American. His understanding of both cultures has been useful in navigating both Filipino and American experiences.

However, as a Fil-Am one is always viewed as a foreigner even if one was born or raised in the United States. Fil-Ams, he said, always have to work “twice as hard to be half as good” in the eyes of white Americans. 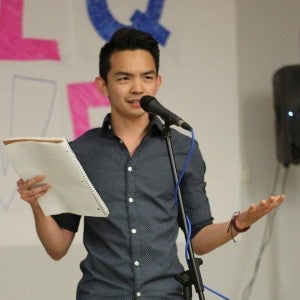 He also admits facing uncertainties about which language is best for expressing himself in his videos and writing. He is also uncertain as to where to pursue his career–in the Philippines or in the States.

Meanwhile, Araullo’s experiences and desire to make a difference have made him vlog. He started his first YouTube channel back in 2005, before YouTube became a big hit. His videos ranged from school projects to short films and random funny skits.

When he started at UC Davis in 2010 he also started vlogging about his daily life in the dorms. In 2012 he decided to revamp his YouTube channel to create more educational and relevant videos on history and current affairs.

He first started with teaching Baybayin to high school and college students. He was surprised how little the Fil-Am youth knew about the history and culture of the Philippines while being very familiar with Filipino pop culture due to The Filipino Channel.

“My videos are my way of promoting and preserving our culture, our history, our language, our heritage and identities that are seldom talked about. Knowing that people appreciate and learn a great deal about themselves from my videos is a great source of motivation,” said Araullo.

Besides vlogging and work, Araullo leads lectures, sit on panels and facilitate workshops mostly on topics about the Philippines, its history, culture and people in various high schools and colleges in Los Angeles. Other topics he has covered include sexual assault awareness, body-positivity, family dynamics, gender and sexuality, health and wellness, cultural identity and creative self- expression.

Araullo believes that he is making an impact ton young generations of Fil-Ams. He used to have mentees who are now taking on leadership roles within the Filipino American community on and off campus.

A proud Filipino with Aeta blood in his veins, Araullo said, “Being Filipino is not about fitting into the stereotypes of Filipino nationalism. Being Filipino should be about embracing your roots and using it as a source of strength and resilience. It is about honoring the sacrifices of those who have gone before us by working together to help finish what they have started. Being Filipino to me is not just about being able to speak your mother tongue, but also having the ability to embrace your identity, to respect diversity, appreciate its beauty and to learn from its complexities and strength.”