US citizenship with a side of adobo 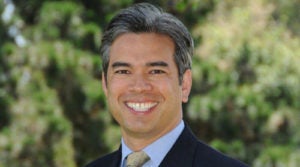 I learned what it means to be a U.S. citizen at the family dinner table.

My earliest memories are of the vivid stories my parents told me, stories that shaped the values I hold to this day and that emphasized the importance of citizens playing an active role in shaping and improving our world.

Over warm bowls of sinigang, my father told my brother, sister and me how he marched in Selma, Alabama, and stood with Dr. Martin Luther King, Jr. in the historic battle for civil rights.

Over chicken adobo and steamed rice, my mother shared how she lived in the Philippines during a time of great political upheaval; how she strongly opposed the Ferdinand Marcos dictatorship and the human rights abuses that defined it, and how she fought for democracy and self-determination.

I was born in Quezon City, Philippines. And when I was just two months old, in the ramp-up to Ferdinand Marcos’ declaration of martial law, my parents decided to leave the country and come to California. My mother was and continues to be a prominent leader in the Filipino American social justice movement.

And while eating ube ice cream and leche flan, my parents recounted how we lived in a trailer in legendary La Paz, the headquarters of the United Farm Workers of America in the Central Valley, just a stone’s throw away from the home of Cesar Chavez. They described how they worked alongside civil rights leaders like Chavez, Philip Vera Cruz, Pete Velasco, and Dolores Huerta, organizing Filipino and Mexican farmworkers in their struggle for fair treatment and better working conditions.

Through these lessons shared at the family dinner table, my parents instilled in me a sense of civic duty to fight for justice and serve others. Today, as a California State Legislator, I focus most of my time and energy working to help our most vulnerable community members who have historically had little or no voice.

Being a U.S. citizen may not compel you to seek elected office, like it did me, but it must stir in you a sense of ownership in and commitment to this great country. Whether you were born a U.S. citizen like I was or naturalized like my mother, you are a full member of the United States. All of us are equals. That is a powerful and fundamental defining tenet of this nation.

In my view, all U.S. citizens must be involved in shaping our democracy and changing the community for the better. Engagement and activism are critical.

This engagement can take many forms. At its most basic, everyone who is eligible should register to vote. And once registered, we must vote in every election for the rest of our lives. Showing up to vote during presidential elections only is not enough. We also must vote on local measures and propositions. Who should be your city councilmember or county supervisor? Do the elected members of your school board share your vision for the type of education you want for your children?

As a member of the California State Assembly, I authored and got passed AB 817 to help make voting easier. This law provides language assistance to voters at polling places. As our state becomes more diverse, it’s critically important to provide the tools to help all citizens exercise their constitutional rights. AB 817 allows lawful permanent residents to serve as volunteers during elections. This is a great way to expose future citizens to civic engagement and help current citizens exercise their right to vote.

There are other ways to be an active and engaged citizen. Serve on a jury. Show up at a school board or city council meeting and share your opinion. Help a candidate that shares your values get elected or walk or make phone calls to get a local measure passed, like a school parcel tax.

During elections, we often hear the partisan rhetoric that either Democrats or Republicans are hurting our country. But neither Republicans nor Democrats are the enemy. I believe the real threat to our nation is apathy.

We overcome apathy by staying informed. Reading a local newspaper, following social media, or watching the news on television helps to build the connective tissue among us and helps to reinforce the words in the Constitution that “We the People” matter– that we are indeed a “we” and are all in this together. And that “we” are responsible for speaking up in the face of injustice.

Many countries do not give their citizens the fundamental right to make their voices heard, challenge the system, and work to realize a more perfect union.

People should embrace healthy discussions about the course of our nation and the condition of our people. We should talk about how to make our nation stronger and more just for our citizens and non-citizens. And we should act to carry out that vision.

This privilege of living in the United States must never be taken for granted. And the duty of being an engaged and active citizen must never be forgotten.

California State Assemblymember Rob Bonta serves in the 18th District, representing Alameda, Oakland and San Leandro. His mothe, Cynthia, was a leader of the Katipunan ng mga Demokratikong Pilipino (KDP) Sacramento Chapter in the ’70s and ’80s. This column is part of a series of op-eds by public officials about citizenship, published by New America Media in collaboration with the national, nonpartisan network New Americans Campaign. For more information about upcoming citizenship workshops near you, go to: newamericanscampaign.org/events.