Bangladeshi envoy gives thanks for return of $15M | Global News

Bangladeshi envoy gives thanks for return of $15M 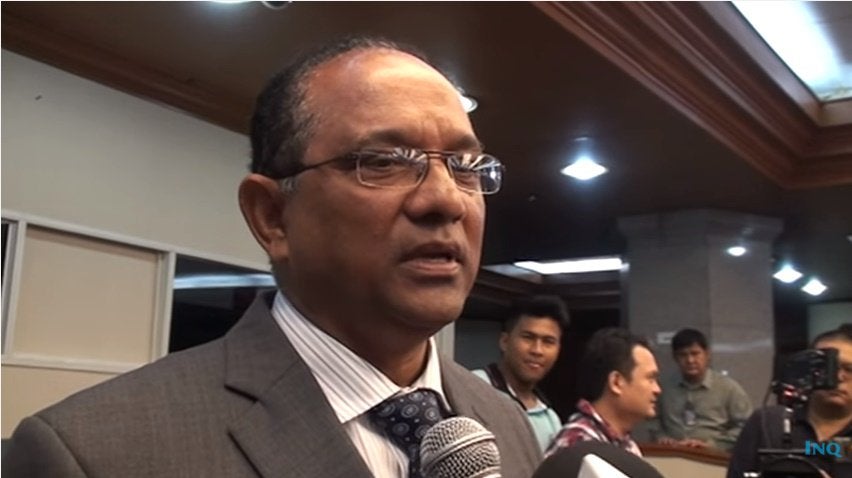 BANGLADESH Ambassador John Gomes has thanked the Philippine government— and the Philippine Daily Inquirer—for the return of $15 million of the $81 million that hackers stole from the Bangladesh central bank and diverted to a Philippine bank.

Unknown persons hacked into the Bangladesh bank’s account in the Federal Reserve Bank of New York early this year and attempted to steal almost $1 billion, $81 million of which successfully made its way to a Rizal Commercial Banking Corp. branch in Makati City. The $81 million got through the local bank’s system and ended up with casino players.

Gomes said his government expected to get back $38.3 million more pending a court decision in Manila.

“It was the Inquirer that initially reported the $81-million Bangladesh bank heist, which is considered one of the biggest to ever happen in the banking sector,” Gomes said.

“Bangladesh is very grateful to the Philippine government and always to the Inquirer,” he added, in an interview at the 86th National Day of Saudi Arabia celebration in a Makati hotel on Friday.

He said the Inquirer scoop prompted the Senate investigation that led to the identification of the people behind it in the country.

“If it were not for the Inquirer, we would not have known it soon; so the investigation started, followed by the Senate hearing where some people were identified and part of the money laundered was released,” he said.

Gomes said a high level delegation from Bangladesh was coming to Manila in November to officially receive the $15 million and to meet with President Duterte.

The $15 million was turned over by casino operator Kam Sin Wong aka Kim Wong and the Eastern Hawaii Leisure Co. to the Bangko Sentral ng Pilipinas.

The Manila Regional Trial Court ordered the funds released to the Bangladeshi government on Sept. 19. The Department of Justice, representing the Bangladeshi government in court, issued a release order for the fund transfer back to Bangladesh.
$38.3M in pipeline
“But more funds [to be returned] are in the pipeline,” Gomes said, adding he hoped the DOJ could help facilitate the early release of $38.3 million identified as part of the stolen funds. This includes $2.3 million being held by the Philippine Amusement and Gaming Corp. (Pagcor), $7 million more from Eastern Hawaii Leisure and “$29 million that went to Solaire,” he said.

“We are very optimistic we’re going to get back all the remaining funds,” he added.

The ambassador said his government “is willing to wait because the release has to go through court proceedings… we believe the Philippine government is very serious about it.”