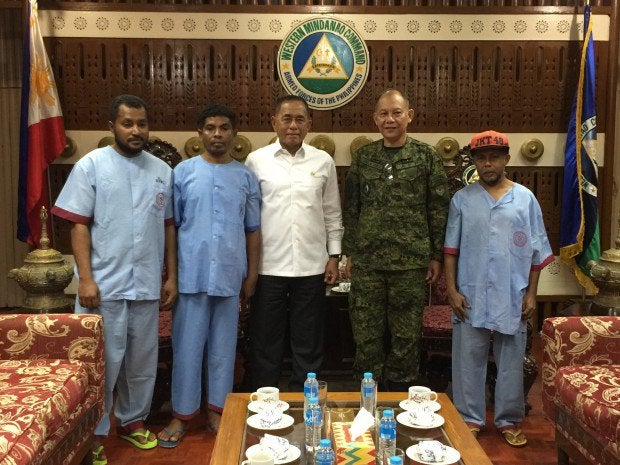 JAKARTA—Coordinating Political, Legal and Security Affairs Minister Wiranto has called on the public to stop speculating about possible payments by the government or other parties to secure the release of Indonesian hostages in the Philippines.

He said the captives’ release and their safety were of utmost priority.

Following the sailors’ release, Philippine website philstar.com cited an unnamed security source as saying the captives had been set free by the Abu Sayyaf militant group after the payment of an unspecified ransom.

“The important thing is that the sailors are now free. We don’t have to further argue about or question [the ransom payment]. Are we going to keep debating or [welcoming] their release?” Wiranto asked.

Following the handover of the hostages from the Philippine military to Indonesian officials in Zamboanga, the three Indonesian sailors had been flown to Manila for medical check-ups and to complete some paperwork, under the protection of the Indonesian Embassy in Manila, Wiranto said.

He added that he could not yet say for sure when they would fly home since the sailors had to first complete all the required procedures in the Philippines.

Theodorus Kopong Koten, Lorens Koten and Emmanuel, the three Indonesian sailors who were on board a Malaysian-flagged fishing boat when kidnapped by Abu Sayyaf militants on July 9 in Lahat Datu waters of Malaysia, were released by the notorious group on Sunday./rga