Parol postcards by Filipino painters in Toronto out now 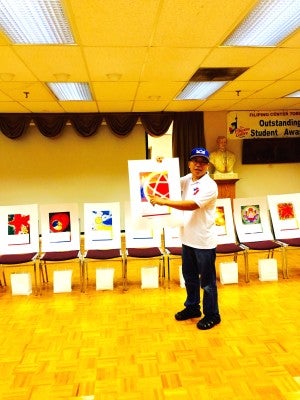 TORONTO, Ontario – Several Filipino artists painted their takes on the traditional Filipino parol or Christmas lantern, which this city’s Filipino center turned into postcards for sale. 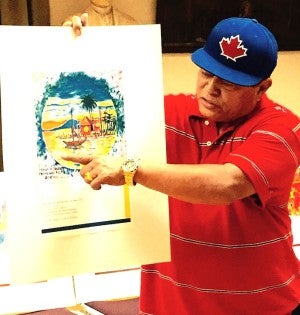 Set against the backdrop of the Cabbagetown Festival on Sept. 10, the Filipino Center of Toronto’s Filipiniana Library launched its collection of parol postcards for sale to the public.
Twelve original paintings of the parol by 11 members of the Philippine Artists Group (PAG) of Canada were transformed into postcards featuring the traditional Filipino Christmas lantern that adorns homes, churches, schools and institutional buildings during the holiday season. 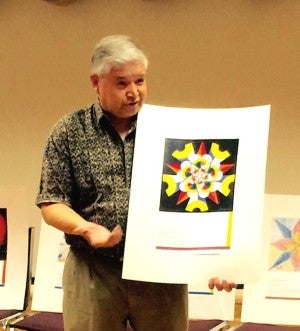 Frank Tonido and Kaleidoscope of Stars, 2010.

Romi Mananquil (Tanglaw ng PAG), Omel Masalunga (NingNing), Toots Quiachon (Parol, the Colorful Philippine Star), Nelia Tonido (Holy Night Is for All God’s Creations), and Frank Tonido (Kaleidoscope of Stars) –participated and donated their art pieces to the Filipiniana Library to help raise funds for the annual Paskohan program and other resources like a computer and a printer. 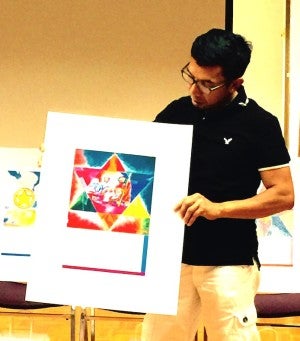 FCT started Paskohan in 2010 to celebrate the season with children–whether Filipino or from other ethnicities– from the St. Jamestown-Cabbagetown area.

All participate for three Saturdays, and learn about Philippine Christmas traditions through workshops on making parols and Christmas cards, singing carols, and decorating Christmas trees.

A children’s Christmas party caps the event, and the kids not only receive their gifts but also win awards for the Best Parol. 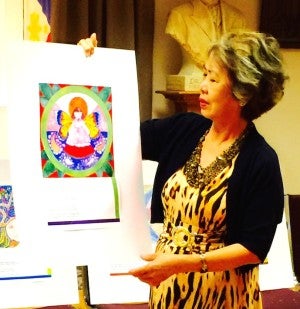 Nelia Tonido and Holy Night Is for All God’s Creations, 2010.

AV Communications’ Anna Maramba and Marvi Yap brought the concept of parol postcards to life by creating quality reproductions of the paintings and transforming them into a collection of 12 postcards.

These can be framed and displayed alone or in groupings.   The regular-size postcards can be mailed to families and friends.  A box of 12 cards costs $12 and may be ordered by calling FCT at 416 928, 9355 or emailing [email protected]

Visit FCT’s website to know more about the center’s vision and outreach projects to serve the community: www.filipinocentretoronto.org