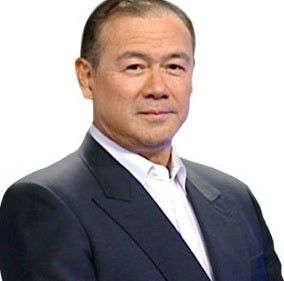 Malacañang has confirmed that journalist Teddy Boy Locsin is the new representative of the Philippines to the United Nations. PHOTO FROM TEDDY LOCSIN TWITTER ACCOUNT

Former-lawmaker-and-now-TV anchor Teodoro ” Teddy Boy” Locsin has been appointed as the new Philippine ambassador to the United Nations (UN), Malacañang confirmed on Sunday.

In a statement, Communications Secretary Martin Andanar said Locsin had accepted the post after meeting with President Rodrigo Duterte at the Bahay Pangarap in Malacañang.

The Palace official earlier said Locsin would issue a statement once he returns from a trip abroad.

“The President and former Cong. Teddy Boy Locsin had a talk. Cong. Locsin told me he would release a statement once he returned from an overseas trip next Tuesday,” Andanar said on Saturday.

Locsin served as a Makati representative from 2001 to 2010. He currently hosts shows for the ABS-CBN News Channel, ANC.