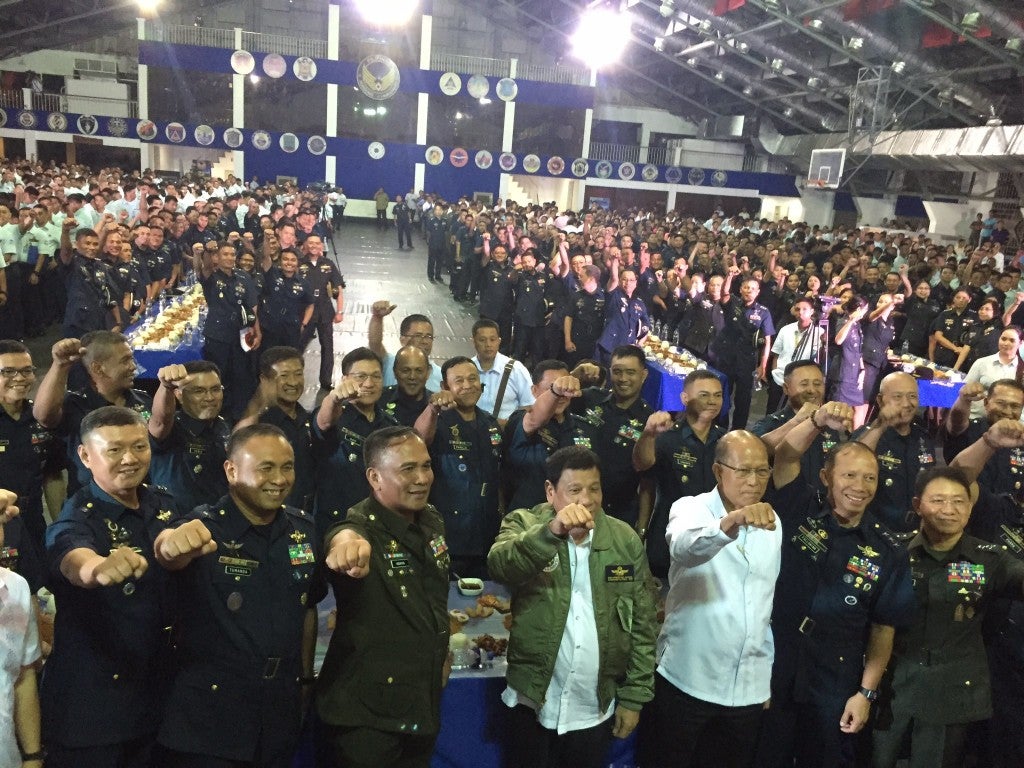 “I would like to ask Defense Secretary Lorenzana to, samahan kayo – the technical people. Pumunta kayo ng Russia at pumunta kayo ng China at tingnan ninyo kung ano ang pinakamabuti,” Duterte said in a speech before airmen at the Villamor Airbase in Pasay City on Tuesday.

(I would like to ask Defense Secretary Lorenzana to come along with the technical people. Go to Russia and China and see what the best is.)

The President said the two countries have pledged to give the government a soft loan for the purchase.

“Two countries have agreed to give me the softest loan. It will be payable in 2025,” he said. The Chief Executive said the government would buy its defense assets “where there are no strings attached.”

The Philippines is currently in a maritime dispute with China over our claims on the West Philippine Sea, while the government has no defense treaty with Russia.

“We can buy the arms where they are cheap and where there are no strings attached and it is transparent. I told them, I would not deal with you except on a government-to-government basis,” he said.

Duterte said he prefers to purchase weaponries over war assets because the Philippines has no intention to fight any country.

“Sabi ko sa kanila na I want weaponries and armaments; hindi ko kailangan ‘yang mga jets, ‘yang mga F-16 (I told them I want weaponries and armaments, I don’t need jets, the F-16s), that’s of no use to us. We don’t intend to fight any country using that. Let’s content ourselves with even the propeller-driven planes but which we can use extensively sa anti-insurgency,” he said.

Duterte had earlier ordered the Armed Forces of the Philippines (AFP) to “finish” the extremist group Abu Sayyaf as the government pours additional troops to strife-torn Mindanao.

In line with this, he vowed to continue the modernization of the

“You will start your modernization further with me. Ibigay ko sa lahat sa inyo ‘yung kailangan ninyo para talunin ‘yung kalaban (I will give you what you need to defeat the enemy),” he said. JE