Audiences received the performances with comments such as “muy bonito,” “preciouso,” “spectacular” and “I love that the dances have stories.”

The festival, hosted by the International Council of Organizations of Folklore Festivals and Folk Arts, took place in several cities of Southern Portugal and some parts of Spain Aug. 20 to 28. Seven groups representing Germany, Brazil, Georgia, Kenya, Portugal and France joined the festival, which encourages the exchange of cultural and folk traditions.

“The Filipino group was the best among all participants. They are very free spirited and it was easy to get along with them,” said German musician Norbert Munser. 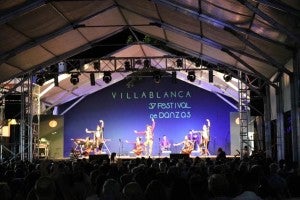 Brazilian performer Evandro Jaques said, “Parangal Dance Company had a lot of exquisite moves that tell the story of their country. Their facial expressions during performances were very serious and focused, demonstrating discipline and respect that is transmitted through their culture. The costumes were very colorful.” 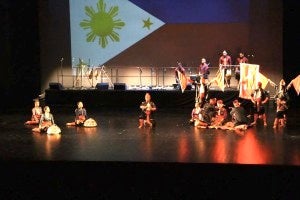 Parangal’s tour lasted 10 days with the group performing every night in different cities of Algarve and Southern Spain. Each night had a different venue and stage testing the group’s resilience.

The dance company’s repertoire was a product research done through constant travel to the Philippines. The group’s mission is to create global awareness of the indigenous practices of ethnic groups in different parts of the archipelago

Parangal’s dances have been premiered in San Francisco’s Ethnic Dance Festival and the company’s home shows. Parts of these home performances were restaged according to the size of the group that traveled to keep smooth stage transitions and music ensemble. 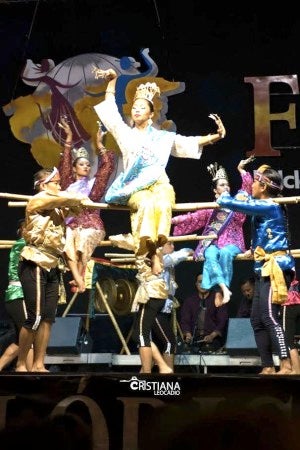 “We made sure that traditional movements and music were highlighted for a balanced program,” Parangal’s founder and Artistic Director Eric Solano said.

The performances were a combination of dances, rituals, chants, songs and traditional music organized specifically for the international stage.

The company’s music featured different traditional instruments including the kulintang, sarunay, gandingan, gangsa, agong, tongatong and Spanish-influenced ones such as the bandurria, laud, bass and guitar. 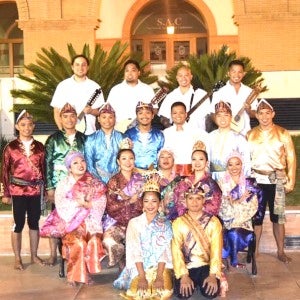 “With 19 performing artists to share the stage, we were lucky to have several repertoires ready to go, and it took us a little over two months to prepare,” added Solano. ”We were lucky to have resources for our recent pieces (Ga’dang and Kalinga) that were a good addition to our tour performances.”

Each dance featured not only by the indigenous choreography, but also full costumes the majority of which were made in the Philippines by the actual indigenous groups themselves. The colorful clothing stood out among other delegates and audiences noticed the attention given to details such as props that tell the story for each dance. 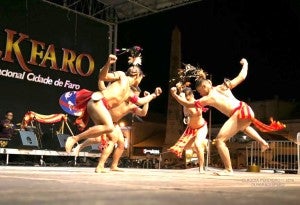 Don Aguillo observed, “Folkfaro was a crucial reminder that despite the lack of easy conversation in foreign lands, a very important dialogue happened on stage, every night, and was universally understood and celebrated.”

“The full experience of Folkfaro is indescribable and probably incomprehensible to those who weren’t there,” Parangal dancer Denise Wong added.