American, 10 others caught for drug possession in Subic 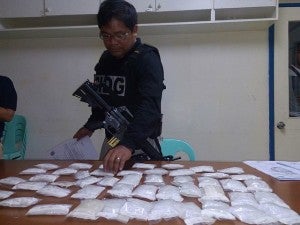 SUBIC, Zambales — An American national and 10 other drug suspects were arrested in separate police operations here on Tuesday (Sept.6).

The suspected contraband was concealed in the wallet of Jerome’s companion when their motorcycle was flagged down by policemen at a check point at 2 a.m., said Chief Insp. Leonardo Madrid, commander of Subic police station.