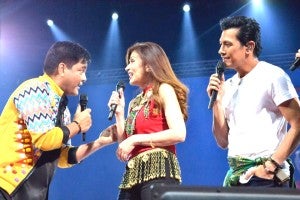 ASAP is the longest running, top-rated weekly Filipino musical variety show in the Philippines. With “ASAP Live in New York,” ABS-CBN took the production to a whole new level, with a star-studded line up of the best and hottest Filipino live entertainers and key members of the acclaimed ABS-CBN Philharmonic Orchestra. 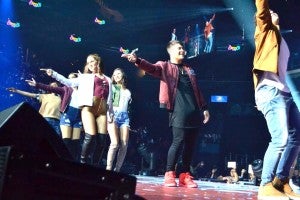 The ASAP cast gave two full shows that will be aired in the Philippines two Sundays in September. “Love Songs and Stories” featured sentimental songs and inspiring success stories of Filipinos in America, including Nicole Ponseca, owner of Jeepney and Maharlika restaurants here in NY, and Jhett Tolentino, Tony Award-winning Broadway producer, to name a few. 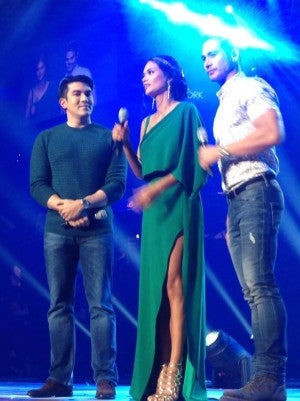 ASAP would not be complete without mainstays Gary Valenciano, Martin Nievera and Zsa Zsa Padilla. Lookers all, the three have not aged in three decades of ASAP shows. Their voices are still crisp and powerful. Memorably, Zsa Zsa Padilla cried as she sang “Hiram.”

Colorful ASAP hosts Luis Manzano, Billy Crawford and Jolina Magdangal added life to the show with their great comedic timing, not to mention their enjoyable song and dance numbers. 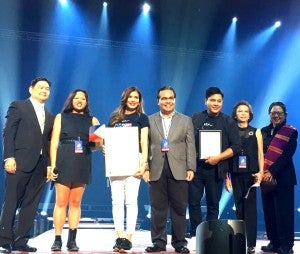 Although the James Reid-Nadine Lustre love team was unfortunately not part of this show, people were mesmerized by the performances of the love teams of Enrique Gil & Liza Soberano, Daniel Padilla & Kathryn Bernardo and Janella Salvador & Elmo Magalona.

Fans screamed fans whenever they were on stage. Filipinos are fond of love teams that boost the ratings for The Filipino Channel’s telenovelas. The sexy moves of the Dance Royalties Enrique Gil & Maja Salvador were a bonus.

Vice Ganda had one of the loudest cheers when he was introduced. The movie “Barcelona–A Love Untold” movie was also promoted. The audience sand Happy Birthday to reigning Ms Universe Pia Alonzo Wurtzbach. 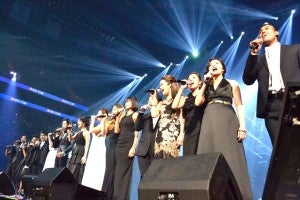 Broadway Barkada (Fil-Am stars on Broadway) bringing down the house.

ABS –CBN Superstars Gerard Anderson and Kim Chiu delivered song and dance numbers, but Piolo Pascual had the most airtime, hosting, dancing and singing. The audience went gaga for Coco Martin when he was introduced.

Based on Facebook and Twitter postings, audience members came not only from New York, New Jersey and Connecticut, but also from Virginia, Massachusetts, California and Canada, and beyond. Here are some feedback the writer collected from Filipinos who watched ASAP Live in NY: 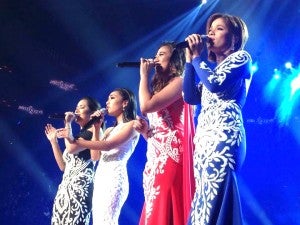 “We are from Boston we drove four hours, we enjoyed the show and especially were excited to watch our idol Coco Martin and the love team LIZQUEN,” said Mae Reriona Longboan.

“I like it that the show had live music, a full orchestra. I love that the Filipino overseas worker and talented Pinoys were featured and a song was dedicated to them. It made feel proud to be Pinoy! TFC entertainment makes Pinoys globally happy. TFC is No.1. the best Pinoy entertainment you can get, ever!” exclaimed MayAnn Ubaldo of Queens, New York. 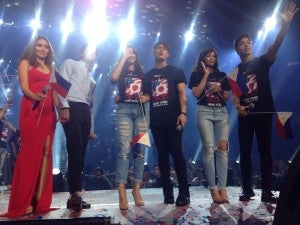 “The Broadway Barkada portion was my favorite. I am so proud of our Filipino American Broadway performers. They are truly world class,” said Arni Serrano of Elmhurst, New York.

“My favorite part was the video of the Overseas worker featured who died during 911 at the World Trade Center. It was touching because I was there too. I thank God that I survived and I am here now to watch ASAP,” stated Cez Pimentel Ayroso of Long Island. 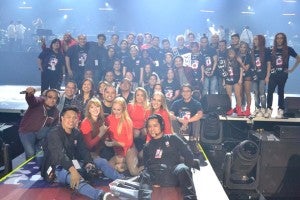