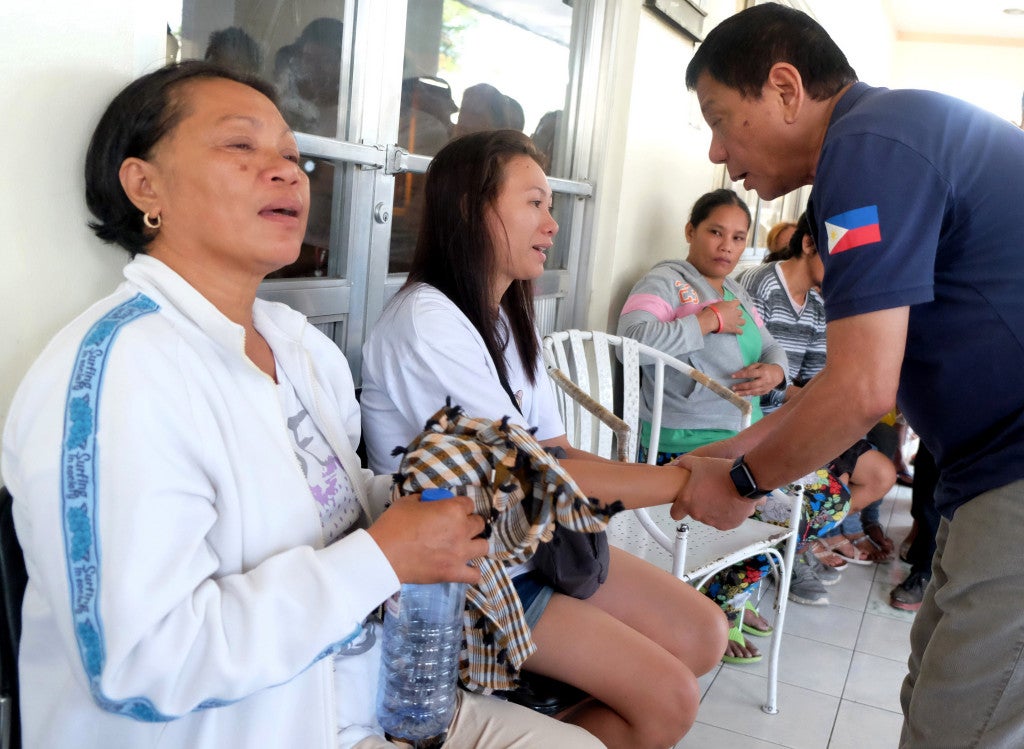 The European Union, France and Japan expressed support to the Philippine government’s fight against terrorism as they condemned the Davao blast on Friday that left 14 people dead and over 60  injured.

The US and Britain  expressed condolences to families of the victims as they advised citizens in the Philippines to exercise extreme caution.

“The European Union stands in solidarity with the people and the Government of the Philippines following yesterday evening’s bomb attack in the city of Davao,” the EU said in a statement issued Saturday night.

At the same time, the 28 member regional bloc expressed condolences to the families and friends of those killed.

The EU said terrorism is a global concern that requires the solidarity of the international community. “We stand by the authorities in the Philippines in their efforts to provide stability and security for their citizens against this threat.”

The French Ministry of Foreign Affairs and International Development meanwhile expressed condolences to the families of the victims of the Davao blast, saying it stands by the Filipino people in these difficult times.

“France condemns in the strongest possible terms the explosion that took place in Davao yesterday in the Philippines and expresses its solidarity with the Filipino people and the local authorities in these difficult times,” said the statement emailed to diplomatic reporters in Manila.

Meanwhile, Britain’s Foreign and Commonwealth Office (FCO) advised its citizens to avoid non-essential travels to eastern Mindanao, including Davao City, and all travel to the rest of Mindanao.

“The Philippines government has declared a state of lawlessness and heightened security measures are expected to be in place including in airports and other major transport hubs, “ said Britain’s travel advisory, posted in the FCO website over the weekend.

British nationals are among the top 10 travelers in the Philippines, with around 154,000 British tourists going to the Philippines last year. The FCO said “most visits are trouble-free.”

Britain’s travel advisory also warned its citizens against violating local laws as they may end up in “detention facilities (that) are far below UK standards.”

Besides threats from terrorist groups, British citizens in the country were warned not to get involved with drugs of any kind, stressing that “penalties from importing and using illegal drugs are particularly severe.”

The Duterte administration’s all-out war against syndicates of illegal drugs led to shaming police generals and local officials who were allegedly linked to drug syndicates and the summary killings of drug pushers reaching more than a thousand last month.

Japanese Foreign Minister Fumio Kishida meanwhile expressed “strong solidarity to the Philippine government and people in this time of difficulties.”

“I am deeply shocked to learn that a bombing incident caused numerous casualties in Davao City. I firmly condemn this terrorist act in the strongest terms,” Kishida said in his communication with Foreign Secretary Perfecto Yasay Jr.

The US Embassy in Manila said it has temporarily suspended all official travel to Mindanao following the Friday bombing in Davao.

“While we have no information that indicates there is a direct threat to U.S. citizens or interests in the Philippines, the Embassy encourages all U.S. citizens to remain vigilant and employ sound personal security measures as you go about your day,” said the embassy statement late Saturday.

The US Embassy said there remains “an ongoing threat of terrorist actions and violence against United States citizens and interests abroad, including the Philippines.” It added that extremists have targeted sporting events, theaters, markets, mass transportation systems – including airlines — and other public venues where large crowds gather.

Earlier, Australia, Canada and Singapore  alerted their citizens in the country to exercise a high degree of caution after the Davao blast, saying there is now a high threat of terrorist attacks across the Philippines. JE/rga