BI frees 177 Indonesians who posed as Filipinos with Hajj passports 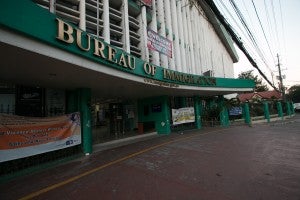 MANILA — The Bureau of Immigration has freed the 177 Indonesians who posed as Filipino pilgrims to the Hajj, complete with Philippine passports, early this month.

The agency said the foreigners were released from the BI jail in Camp Bagong Diwa, Taguig City, upon the request of the Indonesian ambassador to the Philippines.

“They were released on recognizance to the Indonesian embassy last Friday, subject to certain conditions,” said BI spokesperson Antonette Mangrobang.

However, the foreigners are still the subject of deportation proceedings for being undesirable aliens and for violating Philippine immigration laws.

The Indonesians were arrested last August 19 with their five Filipino escorts at the Ninoy Aquino International Airport, where they were supposed to board a flight to Madinah, Saudi Arabia.

What gave away their ruse was their inability to speak Filipino, or the Maranao, Cebuano or Maguindanao dialects when interviewed by immigration officers, only replying in English.

The BI recovered the genuine Philippine passports from the Indonesians’ possession.  The Indonesians admitted to paying $6,000 to $10,000 to join the sacred pilgrimage.

The Indonesians used the quota reserved for Filipino pilgrims to the Hajj given by the government of Saudi Arabia, since there were no more available slots for Indonesians.

They claimed that they arrived individually as tourists weeks before the pilgrimage, and that their trip to Saudi Arabia was facilitated by Filipino escorts.

Mangrobang said BI commissioner Jaime Morente decided to release the Indonesians from detention after Justice Secretary Vitaliano Aguirre III did not pose to any objection.

However, the Indonesian embassy was asked to present documentation on the real identities of the 177 foreigners, since the BI only had the Philippine names of the foreigners as stated in their Philippine passports.

Mangrobang said cases were also lodged against the five Filipinos who escorted them at the airport. The government is hunting the syndicate which issued the Philippine passports.

“We also requested that any given time, if they needed to stand as witnesses in the syndicated estafa case, they would be available. That is part of the condition,” the BI spokesperson said.

Mangrobang added that the BI would like to send the foreigners immediately back home.

If the Indonesians were to leave the country without clearance from the BI, the foreigners would be on the BI’s watchlist.  SFM