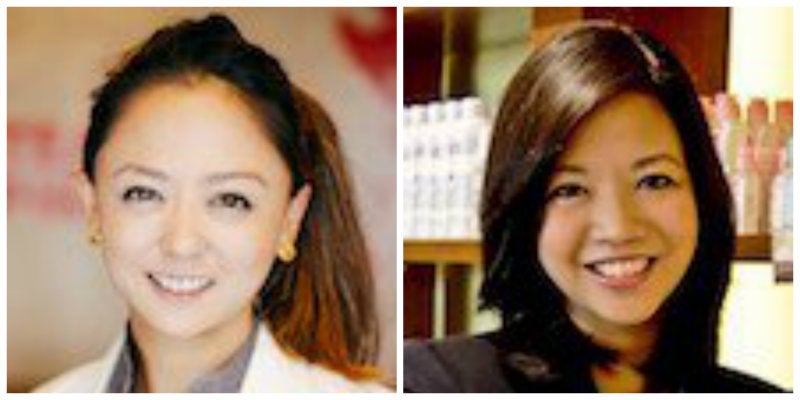 TWO young Filipino women were handpicked by the New York-based Asia Society to join the 2016 class of the prestigious Asia 21 Young Leaders Initiative.

Clarissa Delgado, cofounder and chief executive officer of Teach for the Philippines, and Human Nature president and cofounder Anna Meloto-Wilk join 30 other young achievers from 24 countries to form the newest batch of Asia 21, a new generation of under-40 leaders who work together to shape a brighter future for the Asia-Pacific region.

They will meet with their peers at the Asia 21 Summit this December in Seoul, South Korea, to share best practices in leadership and develop group public service projects.

“These individuals continue to make significant local contributions that impact the region and the rest of the world. We are honored to welcome Clarissa and Anna to the Asia Society Philippines network. We look forward to working with them to create a more collaborative and dynamic future for Asia.”

The members of Asia 21 were selected through a highly competitive process based on outstanding achievement, commitment to public service and a proven ability to make the world a better place. Members of the class come from a variety of sectors such as business, government, education, arts and culture, media, civil society, science and technology.

Delgado was selected for transforming lives through quality education. Teach for the Philippines, the nonprofit organization that she cofounded, enlists promising young professionals to teach for two years in public schools throughout the Philippines.

“The further into my leadership journey I get, the more I realize that my role is not to be the answer-provider but the facilitator,” Delgado said.

Much of the success of Teach for the Philippines, she noted, “results from a commitment to find competitive professionals, brighter and more talented than I in their functions, and invest them in a common mission, building an environment of trust.”

“I am proud to be a part of Asia 21 while representing the tireless work and the single-minded mission of over 200 individuals in Teach for the Philippines, who wake up every day doing their piece in bringing about equal education opportunities for all Filipinos. They have much to share and much to learn from this global group, and I am excited to begin,” she said.

Meloto-Wilk was chosen for “championing fairness—and profit—in business.” Human Nature, the personal care company that she cofounded with husband Dylan and sister Camille, produces a line of all-natural personal care products, aiming to combine eco-friendly business practices, fair trade and policies that benefit the poor, so that farmers and workers receive above-average wages and full benefits.

Since 2008, the company has grown from a team of three to almost 400 people with distribution in five countries.

“Leadership is about authentic and purposeful living,” Meloto-Wilk said. “I am inspired by my father who started and led a movement for Filipinos to love and rebuild their country by caring for the poorest among us. His example has taught me to be resolute in the face of disappointments and setbacks.”

Meloto-Wilk is the daughter of Antonio “Tony” Meloto, founder of Gawad Kalinga and recipient of the 2006 Ramon Magsaysay Award for community leadership.

For Delgado and her team of education advocates, the best way to predict a positive future for the Philippines is to take part in creating it.

She was trained in research and remains very much motivated by complex problem-solving. In 2009, she began her career by managing a randomized control trial with the Massachusetts Institute of Technology’s Poverty Action Lab.

Since then, she continued to hold positions of increasing responsibility within the development sector, specifically within the field of education. This includes directing projects for private corporations and multilateral institutions like the Asian Development Bank.

“The story of Teach for the Philippines is best understood as a story about us. From my cofounders Margarita and Lizzie who helped bring this all about after our having received positive results from an impact survey on Sa Aklat Sisikat (our predecessor); to Patricia Feria-Lim and Monette Santos-Fider who lead the organization alongside me; to the first cohort of fellows who took the chance and joined us—I am who we are,” Delgado said in an e-mail interview with the Inquirer.

Everyday, Teach for the Philippines touches the lives of 15,000 public school students across the Philippines. By the organization’s fourth year of operations, it has worked in over 26 schools across 10 cities, of which two are in Mindanao.

Her team has 27 staff support and almost 200 teacher fellows and alumni. In its first four years of operations, Teach for the Philippines has emerged among the Top 10 most attractive employers for liberal arts students and Top 15 for natural science.

“With over 70 percent of our alumni continuing to work in education and government, we enthusiastically believe that our efforts will result in systems transformation and long-term change within our lifetimes,” she said.

Meloto-Wilk believes that the poor could be harnessed to contribute to the country’s development agenda. At least 58 percent of her employees come from urban poor communities.

An Ateneo de Manila graduate, Meloto-Wilk had worked in Ogilvy advertising and Nestle and very early on was a production assistant at broadcasting giant ABS-CBN before founding Human Nature in 2008.

There are now 31 Human Nature branches across the Philippines. Its direct selling arm has an 80,000 strong network of dealers. It has over 150 products on its roster, with new products launched every eight weeks. Its products are also carried by several major retail chains in Metro Manila.

Human Nature stores also serve as a distribution channel for 12 social enterprise brands. Two of the fastest growing social enterprise brands in the country—Bayani Brew (health beverages concocted by mothers working at Gawad Kalinga’s Enchanted Farm in Bulacan) and First Harvest (a brand of peanut)—have been influenced by the company’s employment policies.

While a five-month contract with no benefits is the norm for most merchandisers and factory workers in the Philippines, her company insists on hiring its workers as regular employees and giving them full benefits. Its rank-and-file regular employees in Metro Manila and in the provinces receive 46-77 percent above the National Capital Region’s minimum daily wage of P481. TVJ

Teach for the Philippines turns 3