The fundraiser, set for October 14 at the Sheraton Waikiki Hotel at 5:30 p.m., marks October as Filipino American Heritage month, which is commemorated across the United States.

The six community leaders to be honored for their “extraordinary acts of service to the local Filipino community, the State of Hawaii, and in the Philippines” include:

Amy Agbayani will be retiring from the University of Hawai’I this year. For over 40 years, she is a faculty member and became assistant vice chancellor for Student Diversity and director of Student Equity, Excellence and Diversity (SEED).

Agbayani co-founded Operation Manong, which helped Filipino immigrant students. She broadened her efforts to other immigrants, African Americans, Pacific Islanders and other underrepresented groups, women, LGBT, students with disabilities, pre-school children and those needing a voice.

Jeff Watanabe has served on the board of directors of the Consuelo Foundation for 25 years and as its chair for more than 20 years. In 2013 the Consuelo Foundation, under Watanabe’s leadership, committed more than $3 million for Project H.O.P.E. to help rebuild Philippine communities in the aftermath of Typhoon Haiyan, the strongest storm ever to make landfall

Watanabe is the retired founding partner of the Watanabe Ing LLP law firm, and currently serves as chairman of the board at Hawaiian Electric Industries (HEI).

Considered one of the matriarchs of the local Filipino community, Maggie Domingo has spent her entire career recognizing outstanding students, promoting education, raising scholarship funds and perpetuating the Filipino heritage and culture.

For more than two decades, Domingo led the Philippine Cultural Foundation of Hawai’i (PCFH) and was the first female president of United Filipino Council of Hawai’i (UFCH). For several years, Ms. Domingo had one of the most popular radio programs on KNDI. 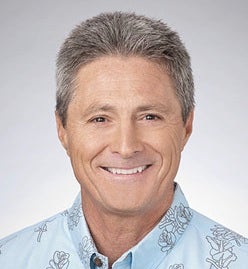 While serving as vice president of AmFac, Tim Johns championed the donation to The Filipino Community Center, Inc. of two acres of land, next to the old Oahu Sugar Mill in Waipahu. These donated lands were used to build the FilCom Center.

Johns is also a member of the board of directors of the Consuelo Foundation, which supports and operates programs that prevent and treat abuse, neglect and the exploitation of children, women and families in Hawai’i and the Philippines. Johns is currently an executive vice president and chief consumer officer at HMSA. 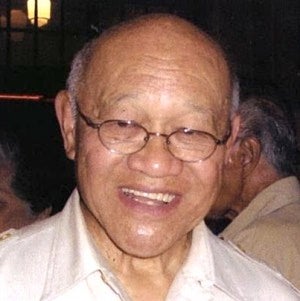 Domingo Los Banos was a teenager when he traveled overseas as a U.S. soldier in World War II along with another 300 Hawai’i recruits, assigned to the U.S. Army’s 1st Filipino Infantry Regiment, which General MacArthur deployed in his retaking of the Philippines.

After the war, Los Banos earned his degree in education and returned to his home on Kaua’i to become a teacher and coach. He later became the first Filipino principal and district superintendent. Los Banos helped spearhead the production of the documentary, “An Untold Triumph: America’s Filipino Soldiers.”

“The FilCom Center is thrilled to honor these pillars in our community who for many years have performed extraordinary acts of service in the Philippines, the State of Hawaii, and in our local Filipino community,” said Executive Director Donnie Juan.

“Our honorees embody the bayanihan spirit of working together toward a common purpose. They represent everything that is good in our society and give our entire community hope,” Juan added.

The FilCom Center will also be recognizing the contributions of the United Filipino Council of Hawaii (UFCH), the Oahu Filipino Community Council (OFCC), and the Congress of Visayan Organizations (COVO). FilCom ex-officio board members, Maria Etrata, Alex Vergara, and May Mizuno will be accepting the awards on behalf of UFCH, OFCC, and COVO, respectively.

“We look forward to also recognizing the service of some of the most established Filipino organizations in our community – UFCH, OFCC and COVO – who truly exemplify the bayanihan spirit of communal unity,” stated Edmund Aczon, chairman of the FilCom Center’s Board of Directors. “In addition to leading their respective organizations, Maria Etrata, Alex Vergara and May Mizuno have served as valuable members of our FilCom board.”

Kristian Lei will be the Bayanihan Gala’s featured musical artist. Lei has traveled the world playing renowned parts in various musical productions, including Miss Saigon, the King and I, Once on this Island, and the Festival of the Lion King. She is the founder of the nonprofit, Honolulu Broadway Babies.

The Bayanihan Gala’s emcees will be Nicole Velasco, who works for Honolulu Mayor Kirk Caldwell as the executive director of the Office of Economic Development, and Yasmin Dar Fasi, who works with the Office of Governor David Ige as a digital media specialist and is co-owner of Dolkii.