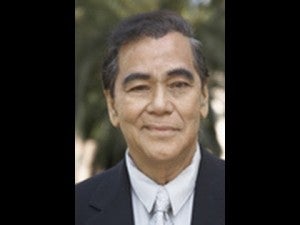 LOS ANGELES — G. Monty Manibog, one of the first Filipino Americans elected to public office in the United States, passed away at the age of 86 on Friday, August 12, after a long battle with lung disease.

In 1972 he became one of the first Filipino Americans elected to a city council, serving the city of Monterey Park. He later became mayor of that same city.

The Manibog family made many strides in the United States, with his father Gonzalo Manibog becoming the first Filipino American to graduate with a law degree in 1917.

Manibog would follow in his father’s footsteps, opening up his own practice at the Law Offices of G. Monty Manibog in Los Angeles after graduating from Loyola Law School. He practiced law for more than 50 years, representing individuals and families in personal injury lawsuits.

He was also a professor at the School of Law at Van Norman University in Los Angeles from the late 1960s to the early 1970s. He also served in the U.S. Army just after the Korean War, and served as a leader in the Filipino American community.

Manibog was a jack-of-all-trades, making his mark in many other enterprises.

In the 1950s the Ilocos-born go-getter was a champion in wrestling and gymnastics in the Philippines, winning two gold medals at national championships. As a student at the University of the Philippines (UP),

he was twice named “Athlete of the Year.”

He took his athletic talents abroad, competing at the 1952 Summer Olympics in Helsinki. His leadership skills and role in the sporting world converged in 1984 when he was ambassador to the Southeast Nations in the 1984 Summer Olympics in Los Angeles.

Even in his old age did he show athletic prowess. In the 1990s he won three consecutive gold medals at the California Senior Olympics at the ages of 63, 64 and 65.

As a student at UP, Manibog also proved ability in the arts, serving as president and lead actor at the UP Dramatic Guild. Through the guild, Manibog performed leading roles in “Six Characters in Search of an Author” and “I Remember Mama” among others.

Manibog’s family held a viewing on Thursday, August 18 at the Miraculous Medal Church in Montebello, California. The funeral was held the following day at the same church followed by a burial at Resurrection Cemetery in Montebello.

Manibog is survived by his five children, 18 grandchildren and his wife Jean of 62 years.

Read Next
72% of Californians with no health coverage now insured
EDITORS' PICK
The Najima Drive: Nissan’s MD drives #GoAnywhere adventures in new video series
Can Your Brand of Meat Be Trusted? Here’s How to Know You’re Eating Safe Meat
Xi’s early involvement in virus outbreak raises questions
COVID-19 has infected more than 69,000 people globally
Can travel make you fall in love?
COVID-19 screening checkpoints remain for those going to Boracay
MOST READ
2,000 iPhones given for free by Japanese gov’t to passengers stuck on ship due to coronavirus
WATCH: Sarah Geronimo dances ‘fierce’ version of ‘Tala’
Xi’s early involvement in virus outbreak raises questions
James Deakin visits injured student rammed by jeepney in Makati
Don't miss out on the latest news and information.