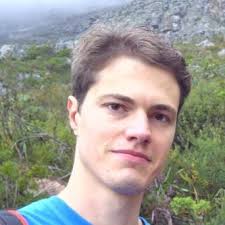 SAN FRANCISCO — In one of Africa’s largest ports, in Cape Town, South Africa, many boats come for fuel and repairs. Many of the fishermen on these boats are from Southeast Asia, including the Philippines, and they are victims of abuse and forced labor, according to a report in TheGuardian.com.

Alex (surname withheld), a 32-year-old Filipino, earned only a few hundred dollars after a year at sea. The captain, he said, promised to pay him when he returned home. His crewmates have been told the same thing.

Dane Duplessis, chaplain with the charity Biblia, a South African Christian NGO, found six Filipinos, including Alex, who told him about their plight. Duplessis said the boat was squalid. The seafarers’ passports are with the captain, and they haven’t seen their contracts.

In another case, Benjamin, 24, a farmer back in the Philippines, said he hadn’t been paid after five months at sea on a Taiwanese-flagged vessel, and that the crew was beaten regularly for not working hard enough.

Several seafarers went to the Mission to Seafarers in Cape Town to seek help. Duplessis works at the Mission alongside Cassiem Augustus, an inspector with the International Transport Workers’ Federation (ITF). The two planned the escape of more than 25 crew members, he brought them to a safe house, negotiated with the ship owner’s agency and arranged for the men to be flown home at the company’s expense. Now Benjamin is back home in the Philippines with his family, but he doesn’t expect to ever get the money he’s owed.

Duplessis and Augustus have managed to free victims of forced labor or obtained unpaid wages over the years from agencies in South Africa. But they have little influence over the recruitment agencies in charge of paying fishermen in their home countries, according to the Guardian.

Read Next
Duterte of the West
EDITORS' PICK
Can Your Brand of Meat Be Trusted? Here’s How to Know You’re Eating Safe Meat
Can travel make you fall in love?
Xi’s early involvement in virus outbreak raises questions
COVID-19 has infected more than 69,000 people globally
COVID-19 screening checkpoints remain for those going to Boracay
The Najima Drive: Nissan’s MD drives #GoAnywhere adventures in new video series
MOST READ
SC should have final say on VFA – Lacson
WATCH: Sarah Geronimo dances ‘fierce’ version of ‘Tala’
2,000 iPhones given for free by Japanese gov’t to passengers stuck on ship due to coronavirus
Año insists narcolist is reliable
Don't miss out on the latest news and information.