Her whirlwind romance with a missionary was ‘God ordained’ 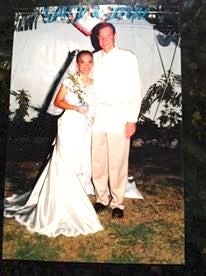 Irene Santiago and Gary Hipp. She believes their whirlwind romance was ordained by God. CONTRIBUTED

SAN FRANCISCO — Irene Santiago-Hipp, 42, a full-time mother and wife was not the kind who would marry for convenience. She may have been from a poor family in the Philippines, but her ticket to a successful life was not finding a prince charming that would get her out of poverty. For her, marrying an American 25 years her senior was not for convenience but came from a love “ordained by God.”

Irene and spouse, Gary Robert Hipp, 67, a native of Pennsylvania, have two children, Jeremiah, 12, and Jael Mae, 8, live in Maui, Hawaii and are enjoying life and love in the island paradise.

Not a chance meeting

Irene was able to finish her degree in education with the help of her relatives and sibling. In spite of that, she worked various odd jobs just to make it through college. Her life may not have been a real tearjerker, but she had her share of difficulties, like the death of her mother after long sickness.

In spite of these, she did not lose hope and faith in God. While studying and working, she still found time to serve her church, teaching kids at Sunday school, doing mission outreach to the Mangyans (indigenous people in Mindoro) and also helping the pastor’s wife in various household activities. It was February 2001 when she met Gary Hipp, a missionary assigned to Palawan for nine years. Irene was a third-year college student then.

“I do believe that our meeting was orchestrated by God. He never thought of coming to Mindoro. It just happened that his pastor friend was visiting the ministerial group in Mindoro, so he tagged along,” recalls Irene.

Gary stayed at the church’s guest house. The two met the next morning when Irene was preparing breakfast. For Gary, it was love at first sight, but believing that Irene was only 19 years old, he had second thoughts. Irene was already 27 years old then.

“My pastor asked me to talk to Gary because nobody was talking to him. Since I can communicate in English pretty well, I talked to him. That’s how we got to know each other,” Irene says.

Emails and the Internet were new technology the time. Irene did not know anything about tech, so the two went to a computer cafe that day and he created an email address for her. Irene did not know that Gary was serious. She also was not romantically interested in him at the beginning. Everything was on friendly basis.

When Gary returned to Palawan, they exchanged emails and eventually got engaged in October 2001. At first, Irene’s father hesitated because Gary was divorced. Even the Bethany church where the two belonged was wary because the church leaders were not familiar with the doctrine of remarriage.

“I believe that God made our relationship happen; I did not have any second thoughts. It’s true that when you meet the person destined for you, you just know it. I barely knew him, but I trusted him,” says Irene. 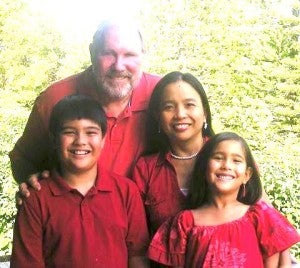 A week after Irene’s college graduation they had a church wedding in Mindoro in April 2002. Gary went back to the US in June to work on Irene’s immigration. In August 2002 Irene took the teachers’ licensure exam and passed. Gary came back in September and they rented a house in Coron, Palawan, while waiting for her visa. Irene finally got it on February 2003 and came to Maui the same year.

Since Hawaii is a melting pot of cultures, especially Asians, Irene never experienced discrimination. Filipinos who were born there are called locals too.

“Our skin color is closer to Hawaiian color that’s why maybe Filipinos fit right in. The whites experience more discrimination here than the Asians,” explains Irene.

“His parents treated me very well when they were still living. His two grown-up daughters were really nice to me. They even came to Maui to meet me when I first got here. They thanked me for making their dad happy. I am close to my sister-in-law and his younger daughter,” Irene says.

When their kids were born, the family became even closer. The Hipps regularly visit the Philippines to expose the children to their roots. Irene says that she wants her children to have religious and positive traits that anyone can have. But the Filipino values she wants them to have are being hospitable, having close family ties and taking care of their elders.

Irene became a US citizen in March 2016. “Marrying an American young or old will surely get you to the US. A spouse has a temporary resident visa for two years then a permanent resident visa (green card). A Filipino can apply for citizenship after being married for three years to a US citizen,” Irene explains.

The couple still plans to go back to the Philippines to continue their mission. But for purposes of practicality they opted to get her US citizenship.