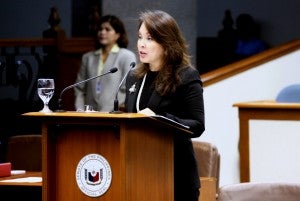 MANILA — The President only wants what the world’s most disaster prone nations also seek: climate justice.

Sen. Loren Legarda, the chamber’s lead climate advocate, said Monday that President Duterte’s call for “an equitable and fair equation” on global climate action only echoed what climate-vulnerable nations hope to receive on the road to adapting and mitigating the impact of global warming.

“What he said were just right. He’s just saying the developed nations that polluted the world should reduce their emissions and help countries that are poor and vulnerable like the Philippines and other Climate Vulnerable Forum (CVF) members,” Legarda told reporters.

The CVF is a grouping of 43 developing countries most prone to the effects of climate change. The Philippines hosted a high-level climate policy forum of the CVF this month and officially turned over its chairmanship to Tonga.

President Duterte earlier said he would not honor the climate agreement, later clarifying his point that the Philippines would give priority to addressing global warming but that climate action should be equitable and not stymie the country’s road to industrialization.

“What he means is climate justice. The rich countries account for much of the greenhouse emissions. They should help developing nations through technical and financial assistance, and that’s what CVF is all about,” Legarda said.