Manila’s disco sound of the ‘70s coming to Los Angeles 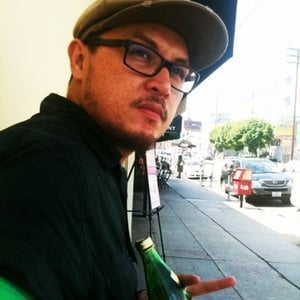 LOS ANGELES – Manila’s disco music of the ‘70s is coming to downtown Los Angeles as part of the popular Grand Performances Outdoor Summer Series at California Plaza on August 13 from 8 p.m.

Quizon who traces his roots to the Philippines’ iconic entertainer-comedian Dolphy, his uncle, said there has been a resurgence of Manila disco music in the last few years both in the Philippines and the US. “Proof is the heightened demand in eBay and other auction sites for vintage copies of these sounds going for $50 upwards.”

where Disco Manila will be staged. CONTRIBUTED

“It’s fascinating how the martial law era music that featured sentimental sounds of Tagalog and English (Taglish) lyrics would draw upon nostalgia among the generations of Baby Boomers and Gen Xers (born between 1960 and 1980 in the United States),” said Quizon.

He added: “Filipinos in general are very musical – they sing during happy times and bad times, and these disco tunes may have help many go through the repressive times of the martial law era.” He said he was seven when he came to the US, but he still vividly remembers the songs that pervaded radio and TV.

“Manila Sound and OPM brings back the smell, the sights of one’s neighborhood, the barkadas, the ‘hood that we have now left behind,” Quizon reminisced.

(Rain falls on the rooftop as usual, we gather among friends to drink some beer

Like other OPM, this sentimental rendition by Apo Hiking Society (“Pumapatak Na Naman Ang Ulan”) captures snatches of Filipino life among the rich and the poor.

Quizon is also a music curator and arts organizer. As a documentarist, his latest work is directing “The Cotabato Sessions,” a short music documentary featuring kulintang music from Southern Philippines, in partnership with New York based musician/composer Susie Ibarra. 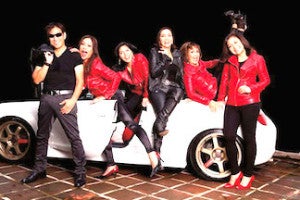 Jet Montelibano (left), shown here with Music and Magic, will be at the Grand Performances series Saturday, August 13 in downtown LA with other celebrities of the Manila disco era of the ‘70s. CONTRIBUTED

The co-producer of the show, Rani de Leon is a ​DJ, music curator and arts presenter, has steadily established a solid reputation and extensive network over 15 years of involvement in events, theater, music, film and cultural scenes. He is driven by the belief that arts and culture have a unique power in bringing people together for profound and unifying experiences.

One of the performers, Jet Montelibano from Music and Magic band, is an exponent of OPM and had performed with “Boyfriends,” “Hotdogs,” Kuh Ledesma, among others.

“Disco Manila” music had its peak during the final days of the martial law because at the time Filipinos were searching for an easy escape from politics,” said Montelibano who, like Quizon, is based in Los Angeles.

Montelibano, who owns a promotion firm “Creative Concepts” with wife Edith, said the Manila disco sound is one of the most requested in events that he manages locally. “Our community here likes to hear these songs by Haji, Florante, VST and the like because these remind them of happy times back in the days. As performers we bring them back to those memories,” he said.

Grand Performances hosts events at the California Plaza ­ 350 S. Grand Ave in downtown LA.   It has been recognized as the “Best Free Outdoor Summer Concert Series” by Los Angeles Magazine and called “a grand gift to the public” by the Los Angeles Times. It is celebrating its 30th anniversary season this year.

The not-for-profit presents high­-quality music, dance, theater and more from around the world for free at California Plaza. It has developed a loyal audience and an industry reputation for presenting and curating the most globally eclectic and forward -thinking summer series on the West Coast.