In Memoriam: Joe Montano, a champion of Fil-Am community 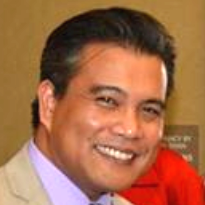 WASHINGTON, DC — The Filipino American community has lost one of its fiercest champions and leaders, Joe Montano. [Montano passed away at 47 in his home in Virginia on July 25-editor.] As a KAYA® member, Joe fully embodied KAYA®’s mission with his dedication, laughter and commitment: to mobilize the Filipino American and Asian American community in order to build partnerships to increase our electoral power, elect progressive candidates into office, and to foster and develop our community’s next generation of leaders.

He was many things to many of us: friend; colleague; activist; historian critical thinker; strategist and bridge builder. Wearing many hats, Joe always stood for progressive values.

“Joe and I came into service for the Filipino American community as the children of immigrants in the 1990s, at a time when national networks were starting to form and new technologies like email made national organizing possible in new ways,” says KAYA® member Ben De Guzman.

Most importantly, Joe touched many lives throughout the years, inspiring generations of people to believe that they had talents to contribute to our communities. He made the Filipino American community the backbone of his work to serve the common good. As the executive director of the National Federation of Filipino American Associations (NaFFAA), he bridged connections between generations, both immigrant and American-born Filipinos, across the country.

On both a local and national scale, Joe leveraged his role as a regional political director at the Democratic National Committee to further mobilize our communities nationwide. In addition to national politics, Joe also worked on behalf of local Filipino American candidates such as Kris Valderamma, a state delegate in Maryland, as well as his friend and mentor, Mark Pulido, two-term Mayor of Cerritos.

“For my dear friend, brother, compadre, I rededicate my life to honoring his legacy of public service to which Joe committed his life,” said Mayor Mark Pulido. 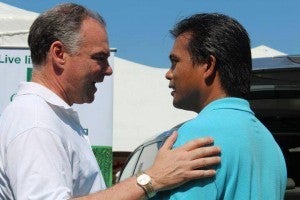 Many in the Asian American community were expecting his presence at the Democratic National Convention in Philadelphia last week, only to hear the sad news of his passing. As a political operative for the Democratic Party and as the northern Virginia Regional Field Director for Senator and Vice Presidential nominee Tim Kaine (Dem-Virginia), he was a voice at the table for Filipino Americans and helped Senator Kaine champion the Filipino Veterans of World War II Congressional Gold Medal Act.

Joe Montano’s leadership was recognized on a variety of levels, and the news of his passing has saddened many in the Asian American Pacific Islander (AAPI) community. Joe was “a very good friend and wonderful human being,” said Bel Leong-Hong, DNC AAPI Caucus chair on Wednesday during the DNC AAPI Caucus meeting. Democratic strategist Toby Chaudhuri, who worked with Joe to pull together a multi-platform AAPI media center at the convention said, “We must honor Joe by doing this work — bringing people together and building power with resources from within our communities.”

Joe’s legacy cannot be denied and will not be forgotten; it lives in our actions and voices as long we continue the hard work that he did for our community.

Joe’s family and friends have set up the Joe Montano Memorial Fund. To support, please consider donating to https://www.youcaring.com/joe-montano-611355.