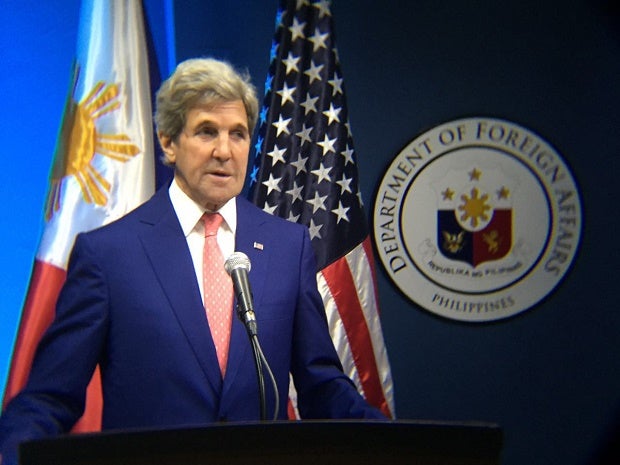 United States Secretary of State John Kerry mentioned the need to protect civil and human rights during talks on a wide range of issues on Wednesday with President Duterte and Foreign Affairs Secretary Perfecto Yasay.

In a press briefing, Palace spokesperson Ernesto Abella said Kerry brought up the matter then listened “very intently” to the President’s explanation of his drive against criminality.

Before meeting with the President, Kerry held a joint press conference with Foreign Secretary Perfecto Yasay and spoke of the need to protect people’s rights even as authorities seek to uphold peace and order.

“I made very clear that civil and human rights need to be protected even as we work to keep our society safe,” Kerry  said.

Kerry said he reminded the Duterte administration of the importance of respect for human rights, calling it a part of the “broader agenda” of his Manila visit where law enforcement and trade relations between the long-standing allies were tackled alongside the centerpiece issue of security and unresolved disputes in the South China Sea.

The Duterte administration’s intensified war against crime and illegal drugs has led to the killing of hundreds of drug suspects, either through alleged shootouts with police or summary execution by motorcycle-riding masked men.

The President had vowed to be relentless in his campaign against illegal drug operations in the country and has warned human rights groups not to get in the way.  The body count has risen to more than 300 since Duterte took office on June 30.

In his first State of the Nation Address the other day, Mr. Duterte warned that human rights “cannot be used as a shield or an excuse to destroy the country.”