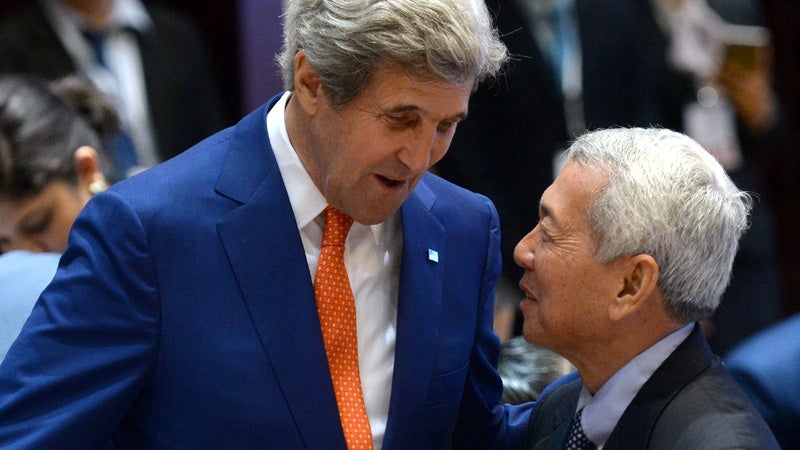 MANILA, Philippines — Even while China continues to ignore an international court’s decision invalidating its nine-dash line claim over the South China Sea in favor of the Philippines, countries involved in the dispute at the West Philippine Sea and South China Sea areas may not be able to disregard it eventually.

United States Secretary of State John Kerry made this statement as he reiterated the call against provocations in the disputed waters and for respect for freedom of navigation— a key aspect of his agenda as the first Foreign Secretary to come to the Philippines under the new administration.

“It’s impossible for it to be irrelevant. It’s legally binding… And it’s obviously a decision of a court that’s recognized under international law. It has to be part of the calculation,” Kerry said in a joint presser with Foreign Affairs Secretary Perfecto Yasay Jr. following a bilateral meeting Wednesday morning.

“I’m confident that our friends in the Philippines will make their judgments, what their negotiating position is and how they intend to proceed forward,” he said.

He reiterated earlier statements of the United States considering the July 12 ruling of the Permanent Court of Arbitration in The Hague, a historic victory for the Philippines, as “legally binding and that we expect parties will comply with their obligations on the law.”

“The rights of all countries under the law should always be respected. That is why international law is valued. At the same time — and I wanna be equally clear about this — we urge all the claimants to exercise restraint and to work to reduce tensions,” he said.

Without making reference to any particular claimant country, Kerry expressed the US hope for a diplomatic solution “without coercion or the use and threat of force.”

China has continued to ignore the arbitral ruling after refusing to participate in the legal proceedings. It has continued its occupation, militarization and reclamation of features in the South China Sea.  SFM