Asean makes no mention of Hague ruling in Vientiane meet 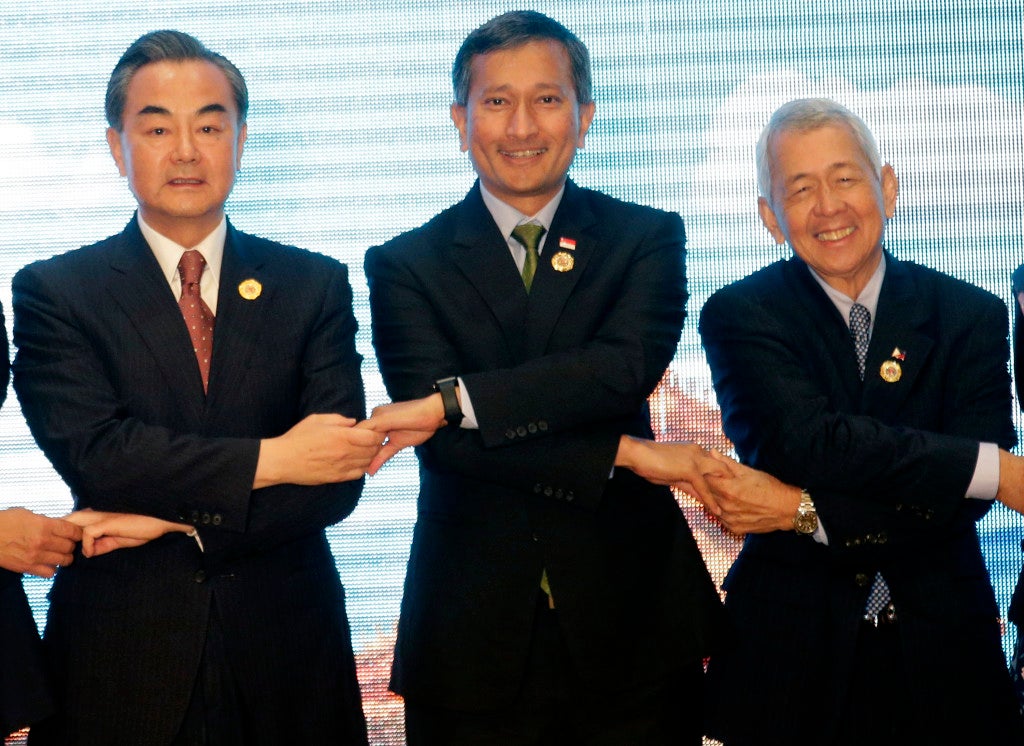 Asean foreign ministers on Monday (July 25) stressed the importance of non-militarization and self-restraint in the conduct of all activities in the disputed South China Sea, but made no mention of a recent ruling by an international tribunal.

“We…took note of the concerns expressed by some ministers on the land reclamations and escalation of activities in the area, which have eroded trust and confidence, increased tensions and may undermine peace, security and stability in the region,’’ the foreign ministers said in a joint communique issued after their discussions in Vientiane.

They reaffirmed the importance of maintaining and promoting peace, security and freedom of navigation in the South China Sea, and reiterated the need to “enhance mutual trust and confidence, exercise self-restraint in the conduct of activities and avoid actions that may further complicate the situation.”

The statement, however, did not mention the ruling on July 12 by an arbitration tribunal that rejected China’s vast claims in the South China Sea in a case filed by the Philippines at the Permanent Court of Arbitration (PCA) at The Hague.

China – which claims almost all of the South China Sea – has rejected the ruling and pressured its allies in Asean to prevent the bloc from taking a common position on the issue.

A joint statement by Asean foreign ministers after a special Asean-China meeting in Kunming last month was released and then retracted after China reportedly put pressure on Laos and Cambodia.

All this has prompted debate on whether the bloc should relook its consensus-based approach, which critics say reduces it to a talk shop.

But Laos Prime Minister Thongloun Sisoulith made a pitch on Sunday (July 24) to keep this framework.

“I would like to reiterate that Asean should continue to maintain and enhance (Asean’s) role in the evolving regional architecture, particularly Asean’s centrality, Asean’s way and the principle of moving forward at a pace comfortable to all.”