Three Filipina nurses and Chicago’s ‘Crime of the Century’ 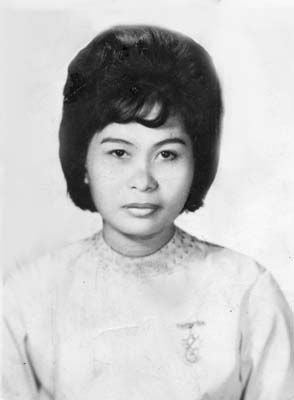 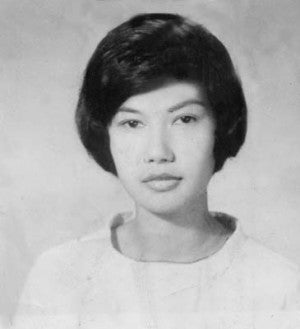 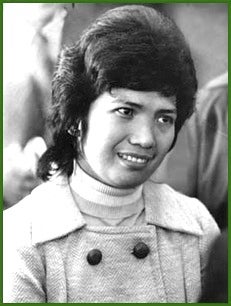 CHICAGO—In this city, 50 years ago on an early summer morning of July 14, 1966, a shrill plea for help pierced the quietness of its south side neighborhood. “They are all dead! They are all dead! I am the only one alive!”

It was the loud fearful voice of Corazon Amurao, 23, coming from a two-story townhouse adjacent to the South Chicago Community Hospital that had accepted her as an exchange registered nurse from the Philippines.

After 20 minutes of her screaming, a man walking his dog took notice, and shortly after Chicago Police officers swarmed the area and found eight young women, ages from 20 to 24, dead inside the house they shared with Amurao.

The Cook County coroner would report later that they either died of strangulation or stabbing or both. The lone survivor said that she hid under a bunk bed for five hours and crawled out only when she was sure the killer had left.

The brutality of the murders was headline news not only in Chicago, but also in newspapers around the world. The Chicago Tribune in its July 15, 1966 edition devoted a two-page pictorial of the bloody incident to accompany its lengthy news stories covering various angles. There were at least five other newspapers in the city carrying similar extensive coverage.

“This is the crime of the century,” the county coroner declared in his report. A sketch of the alleged killer was all over news outlets. The detailed description of a tall white male with a tattoo on his hand, “Born to Raise Hell,” was provided by Amurao—earning praises from the authorities. 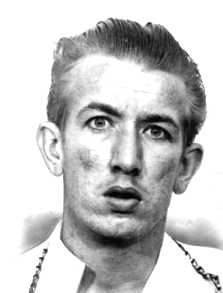 Amurao’s relatives from her home province of Batangas expressed their relief that she survived the massacre. Her former classmates at the Far Eastern University confirmed their impressions of Amurao’s courage and determination.

But for the loved ones of Merlita Gargullo and Valentina Pasion, the two Filipina exchange nurses who were murdered, their shock and sorrow were incessantly chronicled by the Manila papers—news relayed by the wire services to stunned readers in the Windy City.

Though all eight nurses were almost of the same age, the Filipino nurses were registered two years ahead of the American students because of the 12 years of combined elementary and high school U.S. education as compared with 10 years for the Philippines.

Merlita Gargullo, 23, finished nursing from Arellano University. She was described as “hardworking, pretty but shy and with a rich singing voice.” She and Amurao arrived at O’Hare Airport on the same flight on May 1. Gargullo’s father was a physician in their home province of Mindoro.

Valentina Pasion, 23, graduated in 1965 among the top 10 in her class from Manila Central University (MCU). She arrived in Chicago on May 8, just a week after her fellow exchange nurses. In a Life Magazine story about the massacre, in Pasion’s letter to her family she promised to send home some money so her parents could fix their house in Jones, Isabela, where her father practiced as a lawyer.

In another letter, she said that “work here was a lot easier but the patients are as big as carabaos.” She described the Chicago weather as “really terrible.” She was also considered the good cook who prepared delicious “pancit.”

In a memorial mass celebrated by Chicago Archbishop, Cardinal Cody, for the nurses, relatives of the victims filled the Holy Name Cathedral, but no relatives for the two Filipino nurses were present. Their remains were soon flown to Manila where hundreds of relatives and friends awaited.

The nurses’ killer, Richard B. Speck, 25, attempted suicide and was treated at the Cook County Hospital on July 17. An alert young doctor, LeRoy Smith, noticed the tattoo on the drifter’s hand and alerted police.

Speck got a jury trial on April 3, 1967 in Peoria, Illinois, and 12 days later, after 49 minutes of deliberation, the jurors found him guilty of eight counts of murder and rape. He was sentenced to die in the electric chair. The sentence went on to an automatic appeal. 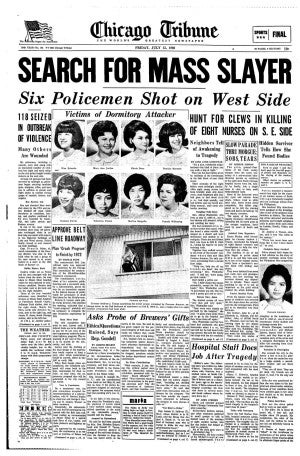 On June 28, 1971, the Illinois Supreme Court, reversed the death sentence and handed Speck eight consecutive sentences of 50 to 150 years or a maximum 1,200 years in prison. Speck told Tribune columnist Bob Greene in 1978 that he never had it so good in prison where he abused drugs and alcohol.

It was also the first time in that interview that he publicly admitted killing the nurses. Speck’s dark deed became a staple for books and films including a Joseph Estrada-starrer, “Nurses Killer,” filmed in Chicago in 1975. Richard Speck died of a heart attack on December 5, 1991, a day short of his 50th birthday.

The three nurses were part of the new wave of Filipino immigrants that gained entry to the U.S.—a consequence of the new liberal immigration policies instituted by the Kennedy and Johnson Administrations in the early 1960s.

Survivor Corazon Amurao (Now Mrs. Atienza) went back to the Philippines for a few years but returned to the U.S. and settled in the Washington, DC area. She worked at the Georgetown University Hospital. She avoided the press. The 73-year-old grandma, now retired, takes care of her grandchildren.

Sharing the front pages of the Chicago metropolitan dailies in July 1966 was news about civil rights marches led by Dr. Martin Luther King, who demanded fair housing for “Negroes.” Mayor Richard M. Daley was reported asking for the deployment of 1,500 troops in the west side of Chicago. He also gave the Chicago police a “shoot to kill” order to quell untoward incidents.

In that same month, news reports about the Vietnam War mentioned numerous victories for the U.S. military. But President Johnson was facing mounting opposition from his fellow Democrats about the size of foreign aid that he could request from the U.S. Congress. The war would soon divide the country.

In commentaries written during that fateful month, the massacre was grimly viewed as the end of “American innocence,” a time when doors could be left unlocked and windows open to let the summer breeze cool the night.

On July 21, 2016, Republican presidential candidate, Donald Trump, gleefully claimed that 4,000 people have been killed in Chicago since its favorite son, Barack Obama, assumed the presidency in 2009. He added that 2,000 have shot since the beginning of 2016–mostly in the south side of the city where the “Crime of the Century” took place 50 years ago.