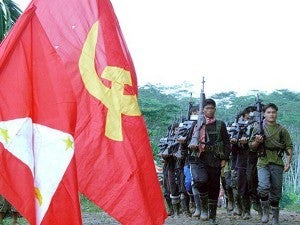 DAVAO CITY – Optimism is high over the scheduled resumption of the talks between the Philippine government and the communist rebel negotiator, National Democratic Front (NDF), but there are potential spoilers ahead.

This was the message of international peace advocates and human rights activists who gathered here over the weekend after a series of field visits in different locations of conflict in Mindanao.

At least 232 delegates coming from 25 countries participated in the International Conference for People’s Rights in the Philippines.

The National Democratic Front is the political arm of the Communist Party of the Philippines and its rebel army, New People’s Army,

Bishop Felixberto Calang of the Iglesia Filipina Independiente and one of the organizers of the International Coalition for Human Rights in the Philippines (ICHRP) said it was the first meeting of global peace advocates in the country under the new administration of President Duterte.

“The presidency of Duterte promises change. We are all hopeful for that change that the entire Filipino people are all struggling hard for and even paid for by their own blood,” Calang said.

But according to Calang, many are anxious over the continuing presence of government forces and paramilitary groups in the communities.

Josephine Pagalan of Kasalo Caraga said that at least 24 lumad (members of indigenous communities) and farmers were killed during the Aquino administration and about 50 percent of these killings were perpetrated by paramilitary groups.

“These are systematic attacks to force the entry of fake development programs like mining in our communities,” Pagalan.

He lamented the failure of the past government to finish the investigation of the killings.

“For this reason, we are hoping for an end to the conflict under the new administration. We are calling for the disbandment of paramilitaries and the arrest of those who were behind the attacks,” Pagalan said.

“We only want to go back to the paradise we call home,” she added.

This problem, however, is not isolated to the Philippines and is part of a so-called global war machine, according to Joe Iosbaker of the United National Anti-War Coalition commented.

The group, the largest anti-war coalition in the US, said the conflict in the country involved interventions from foreign forces including American interests.

“I am here because US imperialism is here and the anti-war movement in the US must be an anti-imperialist movement,” Iosbaker said.

The US has a “shameful history” in the Philippines including occupation and genocide that has left a trail of death of at least 1 million Filipinos since the Filipino-American war, according to Iosbaker.

And it has been going on through the counterinsurgency programs that have been directly hitting civilian communities, Iosbaker added.

He said Latin America has seen many experiences of counterinsurgency efforts of the US that included paramilitary forces.

In Columbia, the peace process between the government and the Revolutionary Armed Forces of Colombia (FARC) faced many challenges, including the derailment of the talks in the 1980s due to massive rights violations by the paramilitaries.

Iosbaker said that the FARC created the legal political party Patriotic Union to engage in electoral struggle, which ended badly after at least 7,000 leaders and members were killed by paramilitaries despite the gesture of the rebel group to shift from the armed struggle.

“There has to be an understanding that the former guerrillas should have a guarantee of security,” Iosbaker said hinting that the same should be done in the negotiations with the NDF.

Duterte has publicly expressed his disdain for the foreign and defense policies of the US especially in the Philippines, and has disapproved the request a few years ago to use Davao City’s old airport as a drone base.

He even said the US has “imported terrorism” to the Middle East.

Iosbaker said both countries, especially the people, should build a new level of relationship.

All is not lost, and that the Duterte administration is the perfect opportunity to correct the wrongs, according to Calang.

He called for the disbandment of the paramilitaries in Mindanao as the first step to ensuring the success of the peace talks with the NDF.

“We have opportunities to deliver the message to both peace panels. We are expecting that this will be a priority in the discussion during the resumption of the talks,” Calang said.  SFM