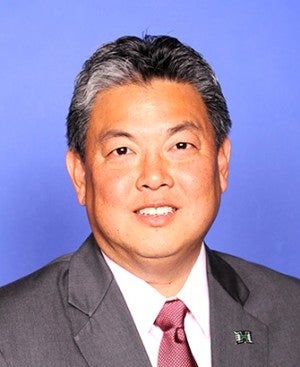 US Rep. Mark Takai of Hawaii died of pancreatic cancer July 20. He was a key supporter of Filipino veterans of World War II. DEMS.GOV

HONOLULU— U.S. Rep. Mark Takai, a war veteran and long-time legislator known for his bright nature and deep commitment to service, died in his home after a months-long battle with cancer.

Just 49 years old, the first-term Democrat from Hawaii was surrounded by family when he died of pancreatic cancer Wednesday, said Rod Tanonaka, Takai’s chief of staff.

Takai had “a servant’s heart, full of aloha,” said U.S. Rep. Tulsi Gabbard, who served with Takai in Congress, the Hawaii Army National Guard and the state Legislature.

“No matter where he was, he always kept his service to Hawaii’s people at the forefront of his actions,” Gabbard said. “Mark’s smiling face and ready laugh will truly be missed, but the impact that he made through his life of service to the people of Hawaii will always be remembered.”

Born on Oahu, Takai served in the state House of Representatives for 20 years before he was elected to Congress, first winning his statehouse seat at age 27. He served as a lieutenant colonel in the Hawaii Army National Guard for more than a decade and was deployed to the Middle East as a part of Operation Iraqi Freedom. In Congress, he sat on the Armed Services and Natural Resources committees.

“Mark was always a fighter,” said President Barack Obama, who recorded a radio ad for Takai during his congressional campaign, in a statement.

“His relentless push for cancer research inspired countless Americans fighting the same battle as him. Simply put, our country is better off because of Mark’s contributions,” Obama added.

Takai was first diagnosed with cancer in October and initially expressed optimism that he would recover. But in May he announced he would not seek re-election after he learned the cancer had spread.

Takai’s passing was mourned among his colleagues in Hawaii and Washington on Wednesday, with politicians recalling his gentle, kind nature.

Filipino American advocates for Filipino veterans of World War II mourned the death of Rep. Takai, whom they considered a steadfast supporter of the veterans’ rights and recognition.

“Our Filipino World War II veterans have lost a true champion in the U.S. Congress today with the passing of Congressman Mark Takai. Our thoughts and prayers are with his family during their time of grief,” said Army Maj. Gen. Antonio Taguba (Ret.), head of the Filipino Veterans Recognition Project, which is seeking the Congressional Gold Medal for Filipino veterans for their contributions to the Allied cause in World War II. 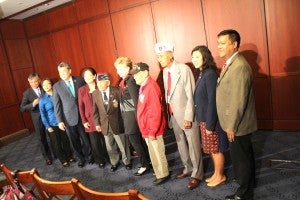 “As we mourn his death, we are determined now more than ever to fulfill a moral obligation that he himself pursued with zeal and selfless dedication: “to solidify our nation’s commitment to our service members and those who have made the ultimate sacrifice for the freedoms we enjoy today.”

Congressman Takai was among the first to co-sponsor HR 2737, the Filipino Veterans Congressional Gold Medal Act of 2015, as soon as it was introduced in June 2015.

In January that same year, the first bill he introduced in Congress was the bipartisan Filipino Veterans Family Reunification Act, which would lift the numerical number on family visas for children of Filipino Veterans of World War II and honor the promises made to them.

The bill was later included in the inter-agency recommendations to modernize and streamline the U.S. Immigrant Visa System, which led to the Filipino World War II Veterans Parole (FWVP) Program.

“On behalf of the veterans and their families, we thank Congressman Mark Takai, along with Sen. Mazie Hirono and others, for championing veterans on their cause.  With his stalwart leadership, the veterans who have waited for as long as 20 years – are now able to come to the United States and reunite with their loved ones. As he has stated more than once, ‘it is our inherent responsibility to take care of those who fought for our country. We owe a debt of gratitude to all veterans, especially the thousands of Filipino American World War II veterans who are still alive and are fighting to be reunited with their families,’” Taguba’s statement read.

“We offer our deepest condolences and our prayers to his family. We will miss him greatly,” it said.