US ship to be turned over to PH Navy 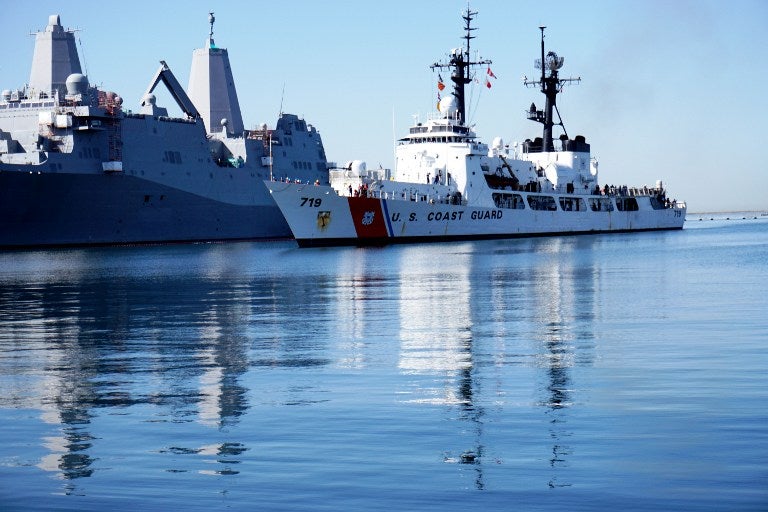 In this April 16, 2015, photo, the US Coast Guard’s USS Boutwell arrives at the naval base in San Diego, California, from a three month deployment. The decommissioned cutter will be transferred to the Philippines through the Excess Defense Articles program. AFP

The United States Coast Guard will formally turn over its decommissioned cutter, the USCG Boutwell, to the Philippine Navy on Friday (Philippine time).

The transfer ceremony will be held at the Coast Guard Base in Alameda, the USCG said in an advisory.

“The decommissioned cutter was declared an excess government asset and is being transferred to the Philippines through the Excess Defense Articles program,” it said.

The ship will also be christened and commissioned to active service of the Philippine Navy as Barko ng Republika ng Pilipinas (BRP) Andres Bonifacio (FF-17).

The Philippine Navy said naming the vessel after Bonifacio was a fitting tribute to the Filipino revolutionary leader and the president in the Tagalog Republic.

The Philippine Navy contingent who will witness the ceremony is headed by the commander, Philippine fleet, Rear Adm. Bayani R. Gaerlan, together with Commo. Robert A. Empedrad, commander, offshore combat force; Capt. Alberto B. Carlos, assistant chief of naval staff (AC of NS) for operations; Col. Antonio N. Mangoroban, AC of NS for logistics; and Capt. Mac Raul B. Racacho, AC of NS for naval systems engineering. Their US counterparts will be headed by Rear Adm. Joseph Vojvodich, the assistant commandant for acquisition and chief acquisition officer.

Capt. Brendo J. Casaclang will be the commanding officer of BRP Andres Bonifacio. The crew will undergo training and preparations for its voyage for almost three months and will tentatively depart the continental US in October.

In his visit here last year, US President Barack Obama promised to give two ships to the Philippines: one Hamilton-class cutter and a research vessel./rga

More details on the QC ostrich that died of ‘stress’