With daring and sales smarts, seafarer advances in cruise work 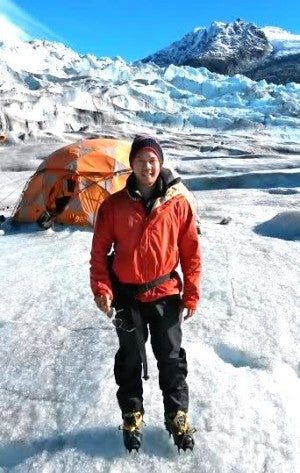 SAN FRANCISCO — Although being a seafarer was not his dream job, Rodan Alegre Robles, 32, was inspired by a brother-in-law and cousins who are seafarers.

“Their stories and pictures inspired me to find a way to get on a ship. When I went to sleep I always imagined myself in different places,” he says.

No more imagining. Now based in Miami, Florida, Robles may be the youngest and first Filipino consultant hired by one of the largest shipping companies in the world, the Norwegian Cruise Line. But it took gumption, ambition and sales smarts to get there.

“I was hesitant because I was not a photographer. I only knew how to use the camera because I worked in the camera business. Still I tried my luck. I got hired not because of my technical skills but rather my selling and customer service skills,” Robles recalls.

He was “terrified” at Immigration in Manila because he did not have proper documents from the POEA except letters of employment and contract. But the siren call of the sea kept summoning him. Despite insufficient documents and lack of a Schengen visa from an embassy in Manila, Robles found an online agency in Amsterdam that assists seafarers in securing a visa upon arrival.

Robles left the Philippines as a tourist and took the chance of getting a visa in Amsterdam. It was the happiest moment in his life when he got the Schengen visa.

“My fear went away when I was already sitting on the plane flying to Almeria, Spain, where MSY Wind Surf was docked,” he recalls.

The first two months on the ship was very challenging, he says. He shared a tiny cabin with someone. He spent 14 days at sea crossing the Atlantic Ocean in rough weather. Homesickness struck him. He also had no day offs.

“After six months, I got promoted to manager, and I was extended for another year. I worked aboard ships for Windstar Cruises for 18 months, the longest contract in the history of the company,” he says.

From mascot to consultant

In 2012 Norwegian Cruise Line hired Robles. He started out again as photographer and a costumed mascot on cruise ship for 315 guests. Because of his abilities he was transferred to a bigger ship catering to more than 2,700 guests.

“It was tough because I didn’t want to wear a costume and act foolishly. I was demoralized because I am a college graduate with experiences and now I was a mascot! But I swallowed my pride and promised to myself that I would be promoted,” Robles says.

The management of the Norwegian Cruise Line is always open to opinions and ideas from employees, he says. Using his background in sales, Robles presented his manager a sales analysis and plans to improve marketing. After six months, he was promoted to gallery manager. After some time the shore excursions manager told him that he was perfect for the department. 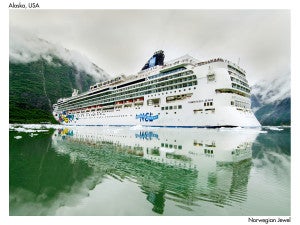 “Normally our company hires multilingual applicants. Although, already an employee, we still need to apply for the positions we want. After three months as gallery manager I moved to shore excursions,” Robles says.

In 2012 out of 22,000 crewmembers of Norwegian’s 14 ships, more than half are Filipinos; but only three Filipinos were working the shore excursions. Shore excursions book and arrange tours for passengers. Every day the crews go on tours to experience and learn the ports of call.

Robles says they were literally paid to travel and explore different places. From helicopter rides in Alaska, sightseeing in Pisa, visiting the church in Barcelona, diving in Bermuda and even discovering the Mayan ruins in Mexico.

The shore excursion is one of the best jobs for a seafarer. Learning in every place he visited is one of his most memorable experiences, aside from the occasional storms while at sea.

On board a cruise liner there are lots of job opportunities like bartender, waiter, accountant, receptionist, cook, cabin steward, security guards, singer and cruise consultant, who builds up sales and services client relations. Robles applied as a consultant knowing that he already had enough experiences for the position. He was hired, becoming the first Filipino cruise consultant of Norwegian Cruise Line. Most of the consultants are either from South Africa, Canada and the USA.

“I am very passionate and consistent with my job. I take initiative and display leadership in my department. I’m not afraid to speak up when I know I have a great idea. I have exceeded my manager’s expectation with measurable results. I consistently received guests’ commendations for going the extra mile,” Robles says.

Robles’ dream of seeing the world happened. Always on call, he has been flying back and forth between his company’s home ports of Miami, New York and Seattle for the last three years.

His perspectives in life have changed from that of a provincial boy. He says that working with 70 other different nationalities gives him an understanding of other cultures, making him more flexible, respectful and tolerant of others.

He signs new contract every time he joins a ship and gets the next assignment just before getting off. This is a continuous cycle until one decides to stop working onboard.  Some of the crewmembers he met have been onboard for 30 years.

“Filipinos are very hardworking and we have this ‘infectious happiness while providing excellent service and great experiences to passengers. These traits set us apart from other nationalities. Always take risks,” Robles advises.