PCG in long-term partnership with Japan to update skills, technology 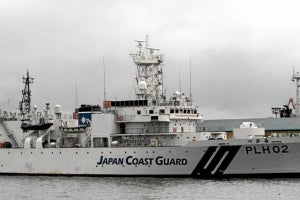 MANILA — The Philippine Coast Guard is in a long-term partnership with the Japan Coast Guard to update and improve the technical skills of PCG personnel, its technology and interoperability.

This was what the PCG spokesperson, Commander Armand Balilo, told reporters last Wednesday, to emphasize the importance of the drills and exercises jointly conducted by the coast guards on the same day, just a day after the Permanent Court of Arbitration in The Hague ruled in favor of the Philippines’ territorial control of its exclusive economic zone in the West Philippine Sea, or parts of the South China Sea.

“Japan is constantly updating the technical skills of our people. They are monitoring how well we are learning, but there is really a move at enhancing the cooperation between the Japan Coast Guard and the PCG,” Balilo said.

“There is a constant coordination should there be a development when it comes to technology and we are testing if we are improving our skills and interoperability,” he added.

Japan has helped the PCG in many trainings and will provide the PCG with new vessels for patrol operations in the next two months, according to Balilo.

“Japan has been the partner of PCG in various human resource development projects. In fact, they have assisted us to a lot of trainings, like law enforcement. They will be providing us with vessels for patrol operations and these will be arriving starting this August or September,” he added.

Members of the Philippine Coast Guard (PCG) and the Japan Coast Guard on Wednesday, conducted mock operations at the vicinity waters off Sangley Point in Cavite, simulating the “arrest” of armed men who tried to hijack a cargo vessel.

But the PCG was quick to say that the joint counter piracy operations exercise had nothing to do with Tuesday’s ruling of the United Nations (UN)-backed arbitral tribunal that the Philippines has exclusive rights over the West Philippine Sea (in the South China Sea) and that China’s “nine-dash line” is invalid.

“This has no relation at all with the international tribunal of the law of the sea. It just so happens that this has already been scheduled and this is a regular exercise conducted between Japan and the Philippines. We’re doing this because we would like to enhance the inter-operability of both participating countries and there will be an exchange of best practices between PCG and JCG personnel,” said  Balilo.

Asked if the PCG would be ready to conduct patrol operations in the disputed area to assist fishermen, Balilo said they would be but stressed that the issue would be matter needing clearance from the chain of command.

“We are ready, but on our own we cannot deploy. We’ll let the Deparment of Foreign Affairs (DFA) thoroughly study what would be the next move. We are ready with whatever order that will be given to us despite of our limited capability. But we have a hierarchy that we need to obey. So we will not, on our own, deploy personnel in the area,” explained Balilo.

The ship of the Japan Coast Guard, PLH02 Tsugaru, arrived in the country Monday for the joint maritime drills with their Philippine counterpart in combating piracy and armed robbery at sea.

The Japanese ship and its Bell 412 utility helicopter participated in Wednesday’s drills on Manila Bay, the sixth iteration of the Joint Maritime Law Enforcement Exercise.

“The joint exercise focuses on combating piracy and armed robbery at sea, with the PCG’s Security and Law Enforcement Command taking part in it,” Balilo said.

He said the drills aimed to further hone the capabilities of both coast guards in conducting airlift rescue operations and to enhance the mutual cooperation between the two forces.

In the simulation of the maritime law enforcement (Marlen), PLH02 Tsugaru happened to be enroute Manila for a goodwill visit when it received a message that a Panamanian flag cargo vessel had been reported missing.

The Japanese ship launched her helicopter to conduct aerial surveillance until it sighted the subject vessel where heavily armed men were seen onboard.

While enroute to Manila, one of the pirates attempted to escape by jumping off the waters. He was given medical treatment after he sustained head injury when he accidentally hit the freeboard.  SFM