Acclaimed Filipino lensman got start with a borrowed camera 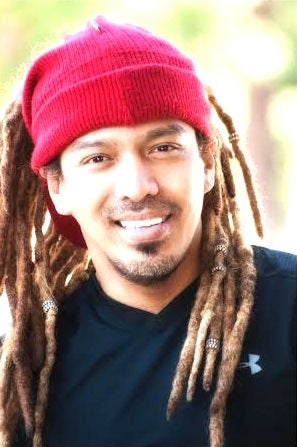 SAN FRANCISCO — Edwin Loyola, a fresh graduate of computer management, was at the Shangrila Mall on EDSA one day in 1993 and was mesmerized by the images in a photography contest and photo exhibition sponsored by Kodak and the Federation of Philippines Photographers Foundation (FPPF).

Loyola looked at each photo intently, then asked the exhibit organizers about the mechanics of the contest, which was open to everybody. He was already interested in photography, but he had no money to buy even the cheapest camera.

“I went home immediately and borrowed a Fuji 110 camera of a friend. Since I already have images in my mind, I could clearly picture out what I wanted to do,” he recalls. He went to Intramuros and Manila Bay and took photos, had these developed and rushed to Shangrila to submit his photographs.

Surprisingly for a beginner, Loyola won awards for the three entries. Thanks to a borrowed camera he got started on a path that would be paved with photography awards.

The founder of FPPF told him to join a national contest in March 1993, with “Mahal na Araw” as theme. He won his first major prize. With it, he bought a second-hand Minolta x 700 that became his tool in winning many major contests.

A life of contests

He says that his life revolves around joining contests. He also won the Grand Prize and People’s Choice Award 2003 Gift Gate and Fuji “Why Smile” Photo Contest, which earned him a brand new camera and prize money.

“The beauty that surrounds us inspires me to take photos. It is everywhere. We are looking at it. All we have to do is explore it and be aware of its existence,” Loyola says.

He has held one-man shows since 2000 — at De la Salle Gallery, Shangrila Hotel and Philamlife Lobby to name a few. But the apex of his career was winning the grand prize at the Nat Geo Channel Contest in 2004, with the Joy of Childhood as theme. This brought him fame, money and his first trip to the United States and the chance to have a workshop with Joe McNally of Nat Geo. 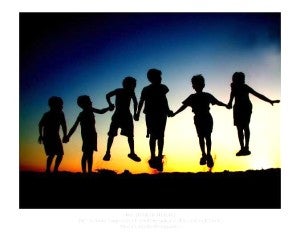 That same year, he was named Photographer of the Year by the FPPF and simultaneously by The Framed Shots Camera Club.

Before plunging into photography, Loyola was a frustrated painter. His then-day job as a graphic artist for Philam Life sharpened his artistic sense. In 2007, however, his father’s immigration petition for him was approved. He now lives and works as a dialysis technician and a free-lance photographer in Los Angeles.

Art critics dubbed Loyola the “Dark Artist” because of his Ansel Adams-inspired affinity for dark tones. His photographs are the products of his desire to create unique images that tell stories that are personal and significant him as an artist.

“Whenever I get to capture that story, my image then becomes close to the viewers’ heart. As a photographer, I do not confine myself in one particular genre of photography. I want my creativity to encompass all types of photography, and that is why I always study the different genres. In this way, I avoid being a complacent and a one-dimensional artist,” he explains.

Loyola wants his images to seem like movie scenes where the viewer could be affected in various ways.

Recently, Loyola won the International Photography Awards (IPA) Philippines LA Leg for his photo “Family of Man.” He will compete with other winners from different countries at the Lucie Awards in New York in October. 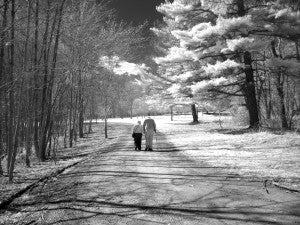 “It was always my intention to create a moving story in that winning entry without staging the whole scene. I prepared for it and anticipated all the elements that made up that image. I just waited somewhere in that place until all the necessary elements came through so I may get the shot I wanted. I composed everything according to my vision and set my cameras while waiting for the perfect moment. I used four gears in that shot, a converted IR, a Canon, an Olympus and an iPhone,” Loyola explains his winning entry for IPA.

Loyola believes that many photographers, including Filipinos, come to the US because it is a place that values uniqueness, individuality, originality, creativity and freedom to express one’s artistic vision.

But to be able to be given a shot at the US market, Loyola says a photographer must hurdle the challenges of creating a unique images with a message and establishing a trademark for one’s photos.

Loyola continuously educates new photographers through his Beyond Passion Photography Workshop and his own charity group, Mission: Save Kids with Cancer with partner Zamboanga Medical Hospital in the Philippines. He has published two collections of photo books: The Gifts: Edwin Loyola Collections and the Magic of Available Light: Still Life Calendars (available at Lulu.com).

His advice to Filipino artists is to always believe in their talents and never allow negative criticisms to destroy their artistry but use these to fuel creativity.

“Share your talents. Don’t keep it to yourselves, because you never know how powerful the influence of a deep image is. Be proud being a Filipino; be proud of our Filipino heritage and culture. Make these things a part of your trademark as a photographer,” he says.